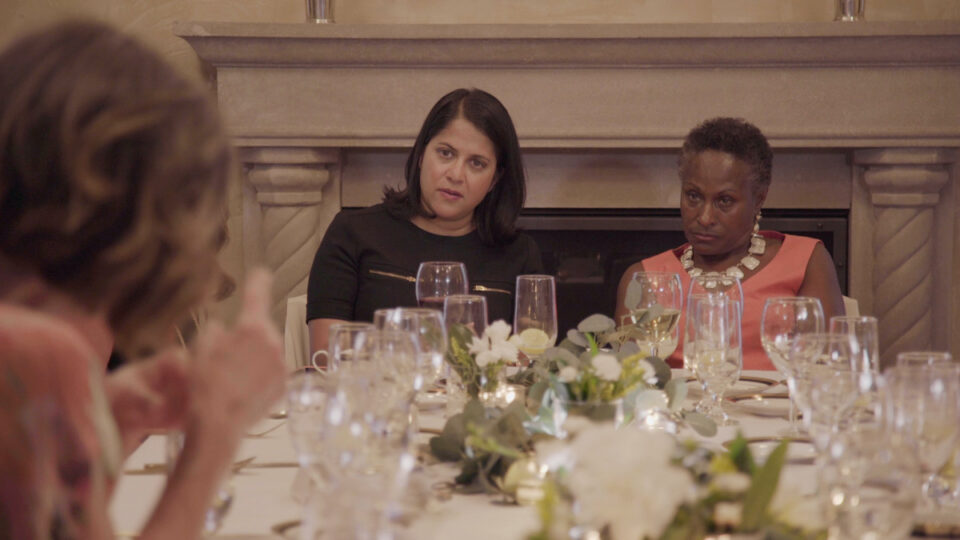 A new documentary tackling sensitive subjects around racism is getting some pretty strong criticism.

The Deconstructing Karen documentary aired on the Canadian Broadcasting Network (CBC) on Friday and shows a dinner party in Denver, Colorado, with a group of white women and Race2Dinner co-founders Regina Jackson and Saira Rao.

“White women attend the wildest dinner party of their lives,” a CBC description of the documentary reads.

“The main course is a radically honest conversation on racism.”

The dinners are hosted by Jackson, who is Black, and Rao, who is Indian American. The ladies launched their initiative in early 2019 to get white women to confront their underlying racism. According to the NY Post, attendance at one of the dinners can go up to about $2,500 a pop.

“While sipping wine and passing the bread basket, these women go on an eye-opening journey, discovering how they uphold white supremacy every single day,” the CBC states.

At one point during the dinner, Rao informed the guests about a Black Lyft driver in Charleston, S.C., who told her to put her hands up and avoid frustrating police if they happened to be pulled over during the ride.

“He actually told you that? Oh God. That’s insane,” one of the dinner guests said.

“That’s the way he lives. That’s his reality,” Jackson said in response.

When the guest clarified that she didn’t think the driver was insane, she was more so shocked by the experience. Rao interjected and told the women to “stop acting shocked” because it was “part of white feminism.”

But Rao shot back saying, “Because that upholds white supremacy.”

“When people of color trust you enough to tell you their story, believe us without expressing shock because when you express shock, it pushes you away from the blame,” Rao continued.

The guests told Rao that her comments were making them “very angry.” But it only made Jackson want to explain why she didn’t “expect a damn thing” from white women because they’ve never done anything for her.

“I expect nothing of you because you have never given me anything,” Jackson said. “I can’t trust you.”

One guest questioned how Jackson felt that way after dinner with the ladies.

“If we had a real heart-to-heart, you’d still never trust me?” they asked.

“Let me put it this way, the ones I have trusted have come back to disappoint me,” Jackson said in response.

Amid the release of the documentary, correspondents on Fox News have compared it to Pearl Harbor, as noted by The Nation, and the NY Post called the dinner “bizarre.”