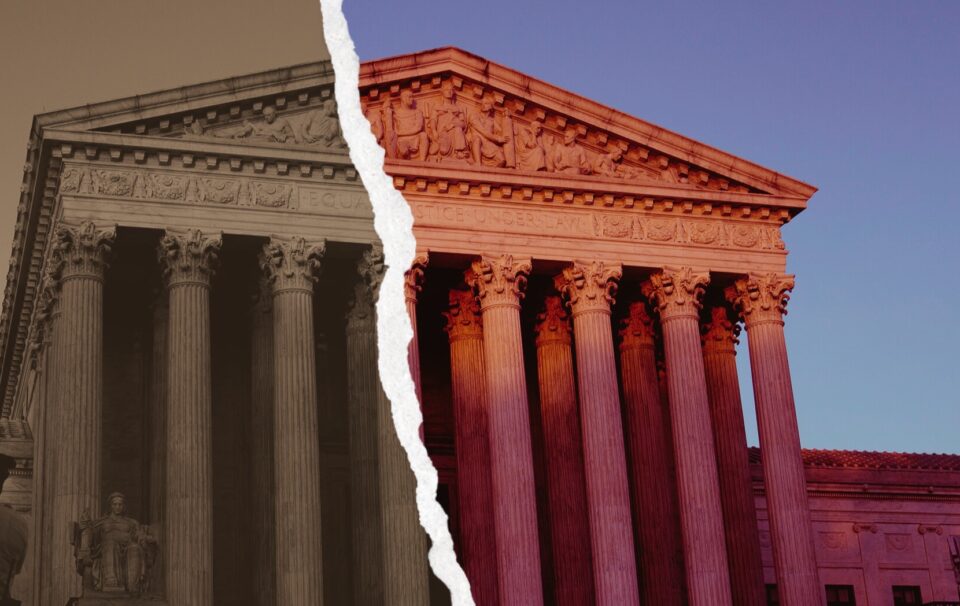 Disclaimer: The views and opinions expressed in this op/ed are those of the speakers and do not necessarily reflect the views or positions of BLACK ENTERPRISE.

Within a week, the Trump-appointed-majority court has undone four key landmark rulings that have extended protections to the nation’s most vulnerable populations for decades.

“In a 6-3 decision” appears to start every draconian law being upheld by the highest court in the land, followed by the most regressive decree you’ve ever heard.

The Supreme Court of the United States will not stop until they have turned back the clock to a time when minorities were not allowed control of their lives.

Democrats uselessly holding control over the House, Senate, and presidency have led us to the overturn of Roe v. Wade outlawing abortion access, the dismissal of Miranda Rights protections, the dismantling of church and state separation, and the expansion of gun rights following a nationwide eruption of mass shootings, and now they’re coming for gay rights.

We are regressing at a frightening rate, reminiscent of 1930s Germany, amid witnessing our planet dying in real-time, crippling inflation, and the possibility of being murdered anywhere in public by an assault rifle-wielding psychopath.

The latest SCOTUS ruling serves as a grim reminder that a country built by slavery will inherently never allow personal autonomy. A country that continues to view people as property will never relinquish its power over our bodies willingly.

In the 1800s, pro-slavery sentiment called for state-sanctioned laws. In the 1900s, a pro-segregation sentiment echoed the ruling. And now, just like clockwork, we have arrived here.

The landmark 1973 case is now dead after being triggered by the 6-3 decision on Dobbs v. Jackson Women’s Health Organization, a case out of Mississippi that urged Roe’s overrule. In determining the constitutionality of the 2018 law that prohibited abortions at the 15-week mark, the Supreme Court revoked the constitutional right to abortion, with no exceptions in the case of rape, incest, miscarriage, or religion. (Wasn’t freedom of religion a major principle of the slave-owning founders?)

Already suffering from systemic racism in healthcare, Black women stand to lose the most, with mortality rates expected to surpass the current three to four times likely chance of death from pregnancy-related complications and severe postpartum disability.

Not only do Black and Brown women face a lack of access to healthcare, but limited and painful choices for birth control, and now the burden of traveling to a sanctuary state if treatment is needed.

According to a Duke University study, a complete abortion ban is projected to increase Black maternal deaths by 33%. Nearly 80% of the sample size in biomedical research studies stems from individuals of European descent, per the medical journal Nature Medicine. So how can minorities be accurately diagnosed and treated, compounded by a country where healing is fundamentally anti-capitalist to begin with?

According to the United Nations, forced pregnancy is a crime against humanity, yet the Supreme Court — comprised of two noted sexual predators — doesn’t seem to mind.

It’s important to note that the 53% of white women who voted for Trump in 2016, now playing dress-up in their Handmaid’s Tale costumes, also played their part in this violation of human rights.

Given our gross underestimation of Trump — the 2016 election results, inciting the Jan. 6 Capitol riots, the judge, jury, and executioner of a string of measures that, by definition, are a threat to our democracy — he’s not going anywhere, and this is only the beginning.

On Thursday, the 6-3 conservative justices ruled that those being detained cannot sue law enforcement if they fail to read their Miranda Rights protections. The 1966 case of Miranda v. Arizona granted the defendant the right to know that they did not have to self-incriminate without an attorney when interrogated, given that historically, cops lie.

The striking of this landmark decision on Thursday only reveals how insidious the “powers that be” operate—issuing the announcement the day before the gutting of Roe — a decision that was sure to spur nationwide protests and, by default, a sea of police.

The absence of this enforcement will only pump more Black bodies into the carceral system, who already compose 38.3% of the prison population, despite Black America making up 13% of the U.S. population. That number then jumps to 48% when accounting for those serving life and life without parole.

Another blow to gun violence reform on Thursday struck down a law out of New York that restricted concealed carry outside the home. The 6-3 decision weakens already pathetic gun laws during a mass shooting epidemic.

In 2021, 51.2% of firearm offense convictions fell to the Black population, and 96.3% of offenders were men. The average age of those convicted was 33, which some may say is a prime age for manual labor.

SCOTUS just tipped over the first domino for the subsequent objections lower courts will draw up to void gun control initiatives, including the gun safety bill Biden just signed into law.

In essence, the high court just upped the likelihood of Black men being disproportionately incarcerated for an extended period for any weapons violations.

Separation of Church and State

On Tuesday, the 6-3 ruling meticulously granted the right to blur the lines between church and state, allowing the intertwine of Christianity with public life. In a case rooted in Maine, taxpayers must now fund private religious schools.

This isn’t about freedom of religion either, considering how the abortion ban violated Jewish, Hindu, and Muslim faiths; it’s about a Christofascist establishment doing its bidding. A decision confirmed a few days before the uprooting of Roe; it’s almost as if they planned on imposing Christian ideals in defense of the ruling.

Such a notion evokes the religious indoctrination of enslaved Black people, weaponized to exploit Black bodies and Black minds. Through systemic efforts, white fervor quelled the masses to preserve itself — what we are seeing reverberate today.

These rulings tear down what an entire generation of civil rights activists fought to change. More and more of our rights are being stripped right before our eyes, which will continue unless drastic measures are taken. The only question now is: When will we finally reach our breaking point?