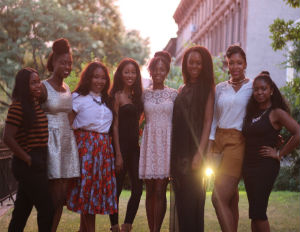 Reality TV generally receives a bad wrap for exploiting black culture and objectifying women; especially women of color. But Asha Boston, creator of The Dinner Table Doc, saw a bit of a silver lining in the culture that is reality television and, in turn, produced and directed Â a documentary that subconsciously explores the addictive qualities of reality television while pushing for positivity.

“The film shows that young women of color can be more than ‘baby mamas’ and ‘bottle throwers’ that tear each other down mentally and physically each time they meet to break bread. The film starts at the dinner table and the conversation there serves as a narrative while short monologues (to mimic confessionals) are shown along with real footage of young black millennial women sharing their stories of success, mentor relationships, and inspiration.”

BlackEnterprise.com caught up with Boston to talk about her motivational documentary, the women she chose to participate and why, and what she hopes women are taking away from her project.

BlackEnterprise.com: Exactly what is the Dinner Table Doc?

Boston: The Dinner Table DocÂ evolved from a EssenceÂ magazine prompt for a film contest, to an initiative intended to educate and change how communities view the minority women they are exposed to in media. It also introduces emerging women in the industry who are breaking away from the stereotypes that keep them in a box.

What was your big ‘ah-ha’ moment in creating this project?

I created the series in undergrad and, due to my location, I wasn’t able to film each participant myself. Since I was in Atlanta and most of the young women were located in New York (and one in London) I decided to have them record the footage themselves and send it to me. Upon receiving the footage, I knew we struck gold when I began editing the film and it felt like they were having a conversation. It was amazing to see eight different young women who have never met in person agree and exchange similar ideas. They all agreed that young black women could achieve their dreams despite the perception of what people think they can and cannot do.