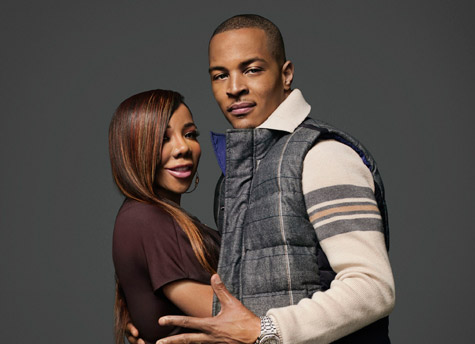 We’ve all seen T.I.’s life as a rap star for years—some of it tarnished by several arrests and a few prison stints. But with his hit reality show, T.I. & Tiny: The Family Hustle, we got a peek into the other side of the enterprising entertainer, as he revived his image and interacted with his wife and children. From their youngest child, Major, to their oldest daughter, Zonnique, of the OMG Girlz, T.I. and Tiny ensured making boss moves was a family affair, proving it’s never too early to start hustling in your career.

Check out a few career-lesson takeaways from the Harris clan on how to hustle harder with family in mind for the new year:

Take your kids to work with you: Throughout the season, T.I. showed he had no problem bringing along the entire Harris gang as he went on tour, made award show appearances and appeared for book signings. If your job allows, bring your kids to work. Not only will they see what their parents do, but they might also get a little career inspiration or insight into what they want to do professionally.

Teach your children how to budget the money they earn: T.I. showed no matter how wealthy he is, it’s important for his children to know the importance of earning and spending money wisely. From having conversations about the hard work that goes into making his money, to teaching how they can earn their own with creative ideas, the Harris clan learned that money doesn’t grow on trees. Take the time out to have conversations with your family about financial literacy, how to monetize their skills, and the importance of being fiscally smart.

Support your children’s career dreams: Even if you don’t fully agree with your child’s career choice, it’s important that they know they at least have your support. We’re sure that both T.I. and Tiny know how difficult and scary the entertainment industry can for youth, yet they still offer their unyielding support, management and mentorship to their daughter Zonnique and son Domani as they pursue music.

Pay close attention to your child’s likes/interests: Tiny noticed that her son King loves to lounge around in his PJs and realized starting a line of loungewear for children wouldn’t be a bad idea. Not only does King show he enjoys giving his creative input into his new business venture, but he also sees at an early age what goes into being a self-made entrepreneur.