The Financial Pitfalls of Going to School In Racial Isolation 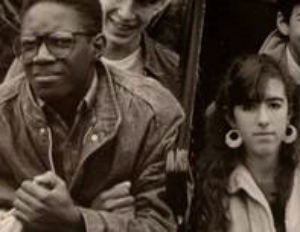 The resignation of the president of the University of Missouri, Tim Wolfe, and the ouster of R. Bowen Loftin as chancellor due to student activism including the Missouri Tigers football team’s refusal to play until the president was ousted, is stirring emotions and protests about race on campuses across the country.

Students are speaking up at colleges including Smith College in Northampton, Massachusetts, to Yale University in New Haven, Connecticut, about incidents and treatment that makes campus life a daily struggle.

[Related: The 10 Reasons You Aren’t Rich and 10 Ways to Change That]

Many of these students experience racial isolation in predominantly white institutions, which is an often overlooked aspect of race discrimination. Psychologists and financial experts have observed, however, that if left unchecked, the coping strategies students create to deal with this scenario can actually play out in the form of unconscious financial behavior in their adult life, which comes at a high cost.

When director Andre Robert Lee was 14 years old, he received a full scholarship to attend one of the most elite prep schools in the country. His mother, who struggled to support Lee and his sister on a factory worker’s salary, thought the scholarship was her son’s ticket out of the ghettos of Philadelphia and into a world that would lead to career and financial success.

While Lee thrived academically and went on to critical acclaim in the film world, his journey, which he chronicles in the award-winning documentary The Prep School Negro, shows how growing up as ‘the only’ in a world of racial isolation can come at a price.
“On the surface it looks like I’m doing very well. People see that I travel and that I have an exciting life, but I had no savings. I’ve struggled to pay my bills and get by,â€ says Lee.
“One would think that growing up in privileged environments leads to success,â€ says Wendy Van Amson, co-founder of the Independent SchoolÂ  Diversity Network. “But you also have to think about what’s really happening to your child. You have to find out what they’re thinking and pay attention to whether they’re being demoralized.â€

Financial experts now see that demoralization can result in coping strategies that can negatively impact adult financial behavior. As social psychologist Leon Festinger pointed out in his 1954 Social Comparison Theory, which shed light on the ways in which confidence and self-esteem develop, humans have an instinctual drive to judge themselves and value their own abilities based on what they see in the people around them.
While behavioral finance is difficult to quantify, and this is a new area of expertise, experts say the ways in which financial issues around race can affect your bottom line is real.

Filling the Gap
“Feeling the kind of isolation Andre felt means that you want to watch out for ‘co-dependency’ kind of responses to money. Similar to alcohol, overeating, cigarettes, etc., addictive behaviors would be the greatest sign that help is needed,â€ says George Kinder, a financial planner and tax adviser, who is considered the father of the behavioral finance movement that started in the 1980s.

Kinder, also founder of the Kinder Institute of Life Planning and author of The Seven Stages of Money Maturity (Dell, $16.00), says growing up in this kind of ‘image gap,’ where you don’t fit in racially, culturally, or sometimes financially, as was the case with Lee, can create conditioned behavior patterns that if left unchecked could last a lifetime.
“These patterns might include either using money as a ‘treat,’ like sweets, sex, or alcohol, in ways that diminish your ability to fulfill your saving and investment strategies for your personal freedom, or the reverse. They can trigger a miser-like approach to money, as something that gives you safety and security, but as a consequence you sacrifice relationships and other personal goals that have far greater meaning but are harder to define,â€ he adds.

Experts say a common occurrence in parents of color whose children are in these situations is that they tend to overspend in order to give their kids the same experiences as their peers, without realizing that they are laying the groundwork for financial problems down the road.

“I know some parents who were able to send their daughter to a study abroad program. They are financially well-off, but many of the kids are wealthier and able to afford pretty luxurious experiences,â€ says Jacquette Timmons, financial behavior expert and CEO of Sterling Investment Management Inc. “The daughter called to tell her dad that he didn’t put enough money into her account, without even considering that what he gave her was supposed to last the full semester. It’s very difficult for parents in this situation to say no. In addition, the child grows up with no sense of financial boundaries and poor role modeling. It stretches everyone financially, psychologically, and emotionally.â€