The Game Changers of Entrepreneurship

At the Entrepreneurs Summit, May 13-16, Black Enterprise and the who’s who of business will network and discuss the varying components of entrepreneurship. This year, we will delve into more modern approaches and host sessions, like Accelerating Your Tech Startup and Leveraging Reality TV to Further Your Business.

As we gear up to look at the future of business, a recent report reveals the “game changers” of entrepreneurship. While some analysts believe that entrepreneurship is on the decline and others claim that it is steadily rising, Thomas Koulopoulos, Founder of Delphi Group, identifies what he believes are six factors that will propel the greatest era for entrepreneurs:

Some of the more common means of micro-entrepreneurship are Ebay, Amazon and Etsy. It is estimated that over 1,000,000 people use Ebay as their primary or secondary source of income, and Amazon has over 2,000,000 sellers. “Over 90% of all these sellers are sole proprietors who do not show up in any statistics about small businesses, employment, payroll, or entrepreneurship,” Koulopoulos writes. Other examples of mircro-entrepreneurship include Uber and TaskRabbit.

150,000,000 people, 10% of the nation’s workforce, could be micro-entrepreneurs but there is no standard way of tracking the exact figure. According to Koulopoulos, micro-entrepreneurship will far exceed franchising, which accounts for over $1 trillion in total sales and employs approximately 15% of the workforce.

2. The Renaissance of Manufacturing

3D printing, also known as additive manufacturing, is a process in which a digital file is used to create a solid object. Koulopoulos says, “With 3D printing the time and cost of prototyping, testing, and market adoption drops dramatically, as does the cost of the final product.” He uses Easton LaChappelle as an example. LaChappelle used 3D printing to build prosthetic arms available for a few hundred dollars, instead of traditional prosthetics that can sell for $50,000 and up. The teen entrepreneur also made his 3D design and engineering plans available as open source. This new way of manufacturing is an entrepreneurial option to anyone who has Internet.

Crowdfunding platforms, such as Kickstarter, Indiegogo and Bolstr, to date have raised over $3 billion for businesses that have no access to other forms of capital. Crowdfunding represents less than 5% of total funding from VC and angels, but it is reportedly doubling each year. Koulopoulos projects that within 10 years, money raised through crowdfunding tools will at minimum equal that of other funding sources.

The Black Enterprise Entrepreneurs Summit hosted by Nationwide is set for May 13–16, 2015 at the Hyatt Regency Atlanta. Expect innovative sessions, high-powered speakers, and an early peek at the products, trends, and services you’ll need to stay ahead of the curve. To register and find out more, visit www.blackenterprise.com/es/. Join us at the Entrepreneurs Summit, Where Innovation and Capital Meet. 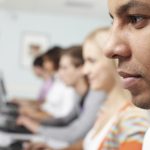 Investing Made Easy For Millennials 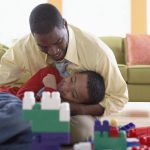