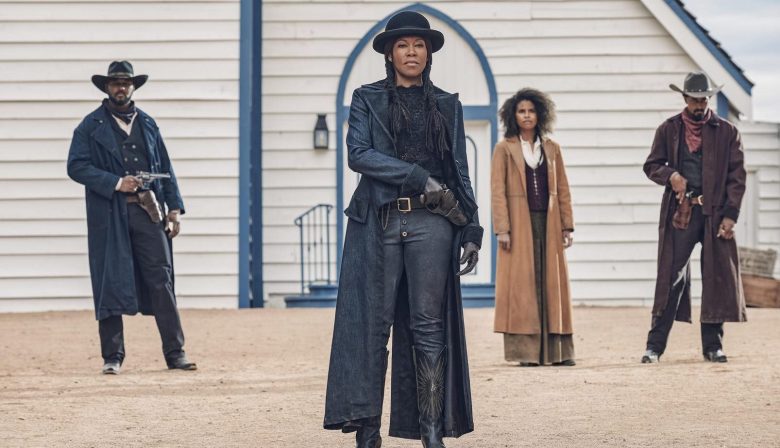 British-born writer/director Jeymes Samuel is the genius behind Netflix’s Black western, The Harder They Fall.

The film highlights the real-life Black cowboys that held their own in the Wild Wild West in the late 1800s. Using a fictional story that includes historical Black figures who have long been overlooked, Samuel explained how important it was for him to give each character in the star-studded cast a proper introduction.

“I wanted to assemble all of these gods like the Avengers and swag them out,” Samuel told IMDB.

With a cast consisting of Regina King, Idris Elba, Jonathan Majors, LaKeith Stanfield, and Zazie Beetz, Samuel sought to capture the essence of the real-life people his cast was portraying. Samuel aimed to reflect the power the real Nat Love, Rufus Buck, Mary Fields, Cherokee Bill, and others possessed at a time when racism and segregation in a post-Civil War America was all the norm.

“Every single one of these characters, when they appear, they appear,” Samuel said. “That’s like all great westerns. That’s one of the tropes of a western.”

It was Samuels’s goal to “give all of these swagged out characters the illest entrances possible,” he said, and he did just that. But after seeing the finished product, even Academy Award-winning actress Regina King couldn’t deny how well Samuel made his vision come to life.

“When Jeymes is telling you about his vision and what he plans to do, there’s a part of you that goes “we get to see that,” King said. “We just haven’t seen it before. Every single character gets that entrance.”

Fellow London native, Idris Elba, goes way back with Samuel and knew to trust his longtime friend throughout the filming process.

“Jeymes and I go back a long way, and we’ve been writing entrances for each other for ages,” Elba said. “I think I wrote him an entrance where he walks in with Jay-Z. I’m not even joking. We’ve known each other since we were daydreaming these things into life and now here we are.”

“It was surprising when I saw the actual film. The music choice at that moment, I was like “Oh, you really took it there.” Unapologetic. It was great,” he added.

The Harder They Fall has been widely-received from the public, with Rotten Tomatoes giving it a 5 out of 5 stars. Not bad at all for one of the first Black mainstream western films.