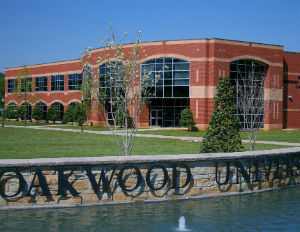 Many of the 106 Historically Black Colleges and Universities (HBCUs) are in need of major renovations in order to remain competitive and attract top talent. The Home Depot recognized this need, and responded by providing help through a campus-improvement grant program called Retool Your School.

The grand-prize winner is Hunstville, Alabama-based Oakwood University, taking home a $50,000 Tier I grant. The funds will go toward the construction of an outdoor recreational facility, complete with kitchen appliances, fireplaces, and a grill. The school will also use grant funds to cover the costs of installing sprinkler systems for their softball and football fields, as well as re-seeding the fields. Another top winner in this year’s competition, Texas-based Knoxville College, received a $25,000 Campus Pride Grant.

Joy and surprise are two words that best sum up how many in the Oakwood community felt when they received the good news.

“When my cousin called me and said we won, I said “‘you’re joking!’â€ exclaims Lucy Cort, Oakwood’s proposal development specialist. Cort worked tirelessly to develop the grant proposal that won the top prize.

Last year’s grand prize went to Lincoln University of Pennsylvania. The school used the Tier I Grant of $50,000 to renovate the entryway of Lincoln Hall.

Tim Allston, Oakwood University’s director of public relations, says the school has participated in the Retool Your School competition since its inception four years ago. He says he believes the upgrades will help the school draw the best and brightest and help increase enrollment. Currently, there are 1,939 students.

Allston says Oakwood will continue to make campus improvements once the outdoor pavilion and sports fields have been upgraded. In fact, the school recently kicked off its $9 million capital campaign to renovate the freshmen women’s residence hall as well as the communications department.

Winners of the $10,000 Tier II grants include Nashville, Tennessee-based Fisk University and Tuskegee, Alabama-based Tuskegee University, which were both named to Black Enterprise’s 2008 Top 50 Colleges for African Americans list.