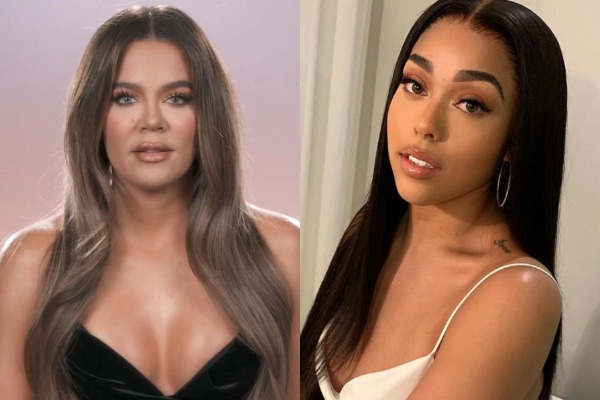 Old tweets have come back to haunt Khloé Kardashian once again after she recently expressed how “hurtful” it is for women to get blamed for men cheating.

Between her failed marriage to Lamar Odom and the countless cheating scandals Tristan Thompson put her through, Khloé has faced harsh judgment from critics who believe she’s partially to blame for her exes cheating on her.

Khloé addressed this while speaking with Variety to promote the family’s new Hulu show, The Kardashians. The reality star explained why she finds it “really hurtful” to place blame on a woman whose partner has cheated.

“If your significant other is doing something wrong, for the woman to be blamed, that’s always been really hurtful for me,” she said.

“I’ve never quite understood that instead of there being some sympathy or like, ‘Wow, that must really suck to have to go through that.’ And not only go through it, but then go through it so publicly,” Khloé continued.

“I don’t even care if people have sympathy. I just don’t understand why there’s so much finger-pointing — like it must be me. That’s a heavy thing to carry,” she added.

Once the interview was released, social media wasted no time reminding the Good American co-founder how contradictory her comments are to the treatment she subjected Jordyn Woods to three years ago.

In early 2019, Woods was ousted from the family after kissing Tristan at a party. Khloé bashed Woods publicly and privately and accused her of breaking up her family.

Why are you lying @jordynwoods ?? If you’re going to try and save yourself by going public, INSTEAD OF CALLING ME PRIVATELY TO APOLOGIZE FIRST, at least be HONEST about your story. BTW, You ARE the reason my family broke up!

While Khloé, 37, has since forgiven Jordyn, the internet still believes she owes Kylie Jenner’s former BFF a public apology that’s just as loud as the shade she initially spewed out. Considering it was over a man that continued to cheat well after Jordyn was out of the picture, the public thinks Khloé should do more to make things right with the 24-year-old.

“ma’am did you not drag Jordyn Woods. The Hypocrisy,” one Twitter user wrote.

So in this article Khloe Kardashian says "If your significant other is doing something wrong, for the woman to be blamed, that's always been really hurtful for me. I've never quite understood that" ma'am did you not drag Jordyn Woods 🤔🤔The Hypocrisy #KUWTK #Kardashian https://t.co/JrpTg5us2M

“when jordyn was 21 khloe who was 34 at the time bullied jordyn, fat [shamed] jordyn because her 27 years old boyfriend kissed jordyn and she saying this now?” another tweeted.

“So why did Khloe blame Jordyn when Tristan kissed her?” one curious fan asked.

“If your significant other is doing something wrong, for the woman to be blamed, that's always been really hurtful,” Khloé Kardashian says. “I just don't understand why there's so much finger pointing–like it must be me. That's a heavy thing to carry.” https://t.co/HPLkXhTwpD pic.twitter.com/bSlUU37QOk

While social media continues to defend Jordyn, she is busy living her best life with her faithful boyfriend, Karl Anthony Towns. The Minnesota Timberwolves player has publicly gushed about wanting to marry Jordyn and is proud to stand by her side during his free time off the court, Page Six reports.

Meanwhile, Tristan embarrassed Khloe once again when he kicked off the new year, admitting to fathering his third child with a third woman. His newborn son with Maralee Nichols was conceived while Tristan and Khloe were reconciled last year.

Karma always has the final say.