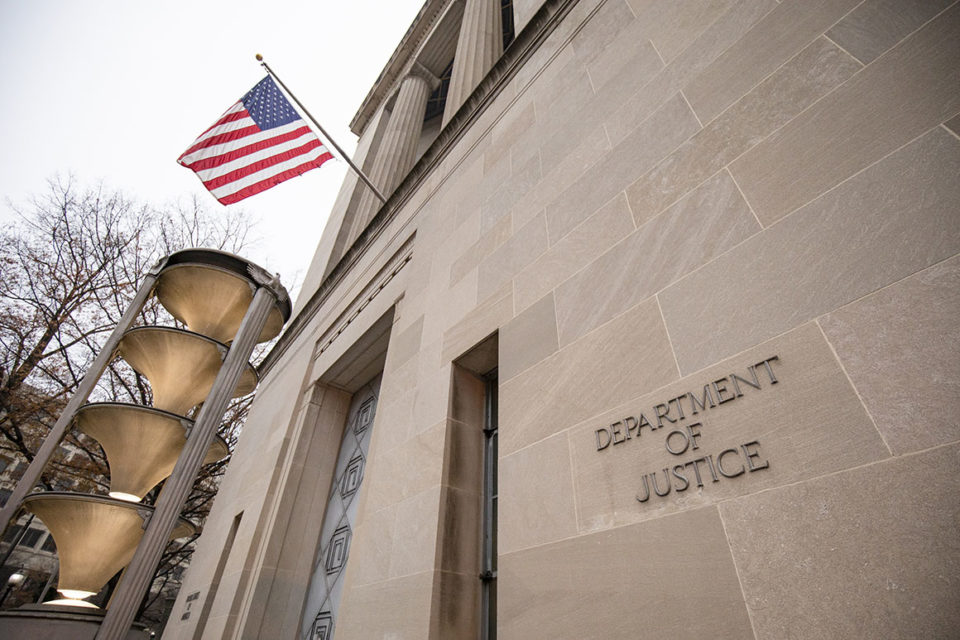 WASHINGTON, DC - DECEMBER 09: The Justice Department building on a foggy morning on December 9, 2019 in Washington, DC. It is expected that the Justice Department Inspector General will release his report on the investigation into the Justice and FBIs conduct during the FISA warrant process as it relates to the 2016 election today.(Photo by Samuel Corum/Getty Images)

Reuters – Associate Attorney General Vanita Gupta this week ordered the Justice Department to review whether it is adequately monitoring police departments and other recipients of its federal grants to ensure they are not engaging in “illegal discrimination.”

The review was ordered in a Sept. 15 memo made public on Thursday. For years, major civil rights organizations have complained the Justice Department was too lax in funding organizations such as police departments that have engaged in racial fprofiling and other overly aggressive and discriminatory enforcement aimed at Black and brown communities.

“Today’s announcement by the DOJ…is an important step toward making sure that federal funds are not used in a discriminatory manner by state and local law enforcement agencies.”

Grant winners are prohibited from using public money to discriminate against people because of race, national origin, religion, gender, disability or sexual orientation.

“This review is intended to ensure that the department is providing sufficient oversight and accountability regarding the activities of its federally-funded recipients,” Gupta wrote in her memo to other top department officials.

More broadly, Attorney General Merrick Garland has been stepping up the Justice Department’s enforcement of federal civil rights laws, an area that was not prioritized under former President Donald Trump.

The actions also follow a wave of protests across the United States last summer against systemic racism following the murder of George Floyd by a white police officer in Minneapolis.

Garland in recent months announced the Civil Rights Division was launching investigations into patterns of possibly discriminatory practices by police departments in Minneapolis, Louisville and Phoenix.