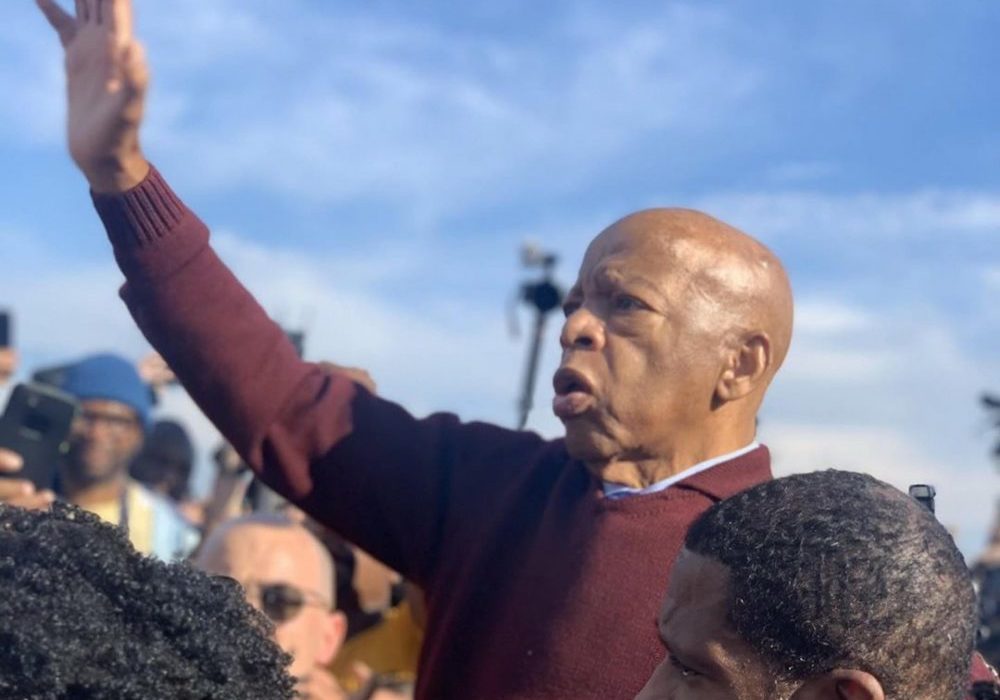 The family of Dr. Martin Luther King Jr. and the Resist This PAC is launching the #ForJohn campaign to honor John Lewis and push for a comprehensive voting rights protection bill.

The #ForJohn campaign will launch Saturday, July 17, to honor the one year anniversary of the passing of politician and civil rights activist John Lewis. The campaign is co-founded by Martin Luther King III and his wife Arndrea King and will support local organizers working in critical states to fight voter suppression and push senators to pass a voting rights protection bill.

“Our democracy is under attack. Our elected officials need to recognize the urgent moment we’re in and act now to protect voting rights and ensure American democracy is upheld.”  King III said in a statement. “#ForJohn will support the legacy of our family friend John Lewis and maintain pressure on Congress to pass reforms.”

The #ForJohn campaign plans to fight the bills by investing in local organizers who are leading efforts to pass a comprehensive voting protection bill. In the first two months of the #ForJohn campaign, it will fund the March On Voting Rights, a large civil rights mobilization effort across the country on the 58th anniversary of Dr. Kings Peaceful and historic March on Washington.

To join the campaign, donors will set a daily donation between $0.50 and $2.00. The campaign  will distribute the funds to organizers in key states who are protecting and supporting the right to vote. The fundraising model is the brainchild of Resist This, a super PAC that helped fundraise, millions of dollars for Black and Latino organizers during the 2020 election.

“Time and time again, community organizing has shown itself to be the most effective political investment one can make,” Resist This PAC founder Xander Schultz said. “The work of grassroots organizers during the 2020 Election and the Georgia run off were the difference in securing President Biden’s win and a Democratic Senate. Now, as many of these organizations pivot to focus on voting rights, #ForJohn will support them as they apply pressure to key Senators to pass critical legislation.”