The Math Lady Pivots in Response to the New SAT 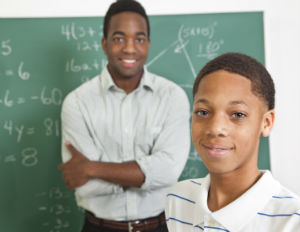 I was recently sitting with a group of women knitting. One woman, a weaver, said she did free form weaving rather than traditional weaving because the latter involves using math. Two other women in the group agreed: If there’s math in fiber arts–or any other area of life–they avoid it.

Can we agree that there’s something wrong with that picture?

Instead of avoiding a whole area of creativity and development, why not work to master it? One book these women and I myself should read is How to Help Parents and Kids Get Over the Fear of Math. The author, Saundra Carter, says her mission is to help people master math phobia and benefit from that mastery.

“There are many high-paying careers for those who know math,â€ Carter says.

Carter’s Atlanta-based tutoring business, Math 1 on 1 L.L.C., is now pivoting in response to the changes on the new SAT, which was released this spring. Among the changes:

Carter advises practicing with the calculator you plan to use on the test. And yes, the test has more math.

But even if you knew how to work every problem, Carter says you still wouldn’t have enough time, so the test must be approached strategically. Math 1 on 1 previously reviewed arithmetic, algebra, and geometry, but the changes will steer the tutoring service more extensively into algebra and problem-solving as well as trig.

Is she getting good results?

“I have done a comparison and seen quantifiable proof of an increase of 50 points in scores of students who took the test, took our boot camp, and then re-took the test.â€

Carter says she works with students of all ages who want to learn. “I base my instruction on what the student is interested in, from sports, to cooking, to fashion. Once I have your attention I can teach you.â€

For more information about Math 1 on 1 L.L.C., go to its website.