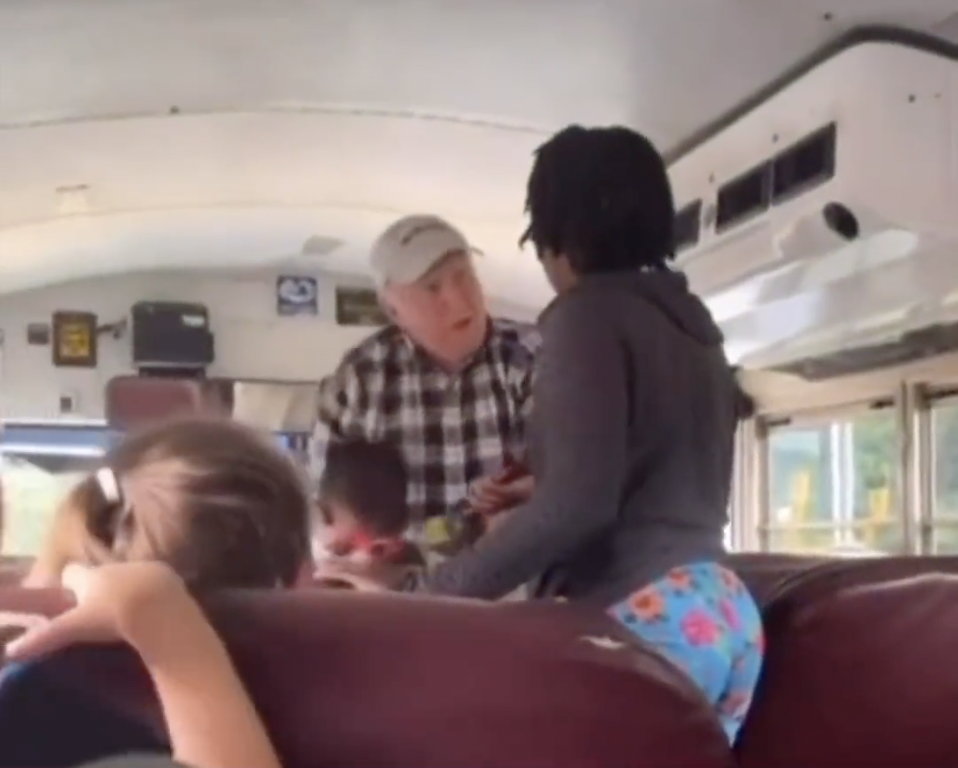 As students in school, we’ve all heard teachers say, “keep your hands to yourself.” Not adhering to that advice is coming with life-changing consequences for a bus driver.

After another student, who witnessed the act on the bus, filmed the incident, the video was uploaded to Facebook and went viral. The exposure resulted in an investigation of the incident which resulted in O’Neil being fired from the school system.

“The investigation resulted in the arrest of James O’Neil on two counts of simple battery,” said Morgan County Chief Deputy, Keith Howard, according to the Atlanta Journal-Constitution (AJC).

“While this was not a complex investigation, it was complicated by the allegation that the incident was perceived as being racially motivated.”

AJC reported that the siblings’ parents, Nene and Blake Carter, believe the attack was racially motivated, revealing a previous incident where the same bus driver harassed their kids. The Carters pointed out that the charter students are Black children who are transported by the older white male. The mother’s response to the incident was provided in a report from Fox 5 Atlanta.

According to Howard, investigators were not able to determine if a racial component played a factor based off of the audio from the videos they reviewed. O’Neil awaits a court date for a formal judgement of the charges and to make a plea.

Nene Carter said O’Neil told her children to sit at the back of the bus before he stood over the six-year-old boy and pushed the boy back into the seat. His 10-year-old sister, was told to “shut her mouth,” before he pushed her, causing her to stumble backward.

The parents of the two siblings have reportedly pulled their children out of the Morgan County Charter School system in disappointment of how the situation was handled.

Social media users took to their accounts to repost about the arrest.

James O’Neil, a Morgan County Georgia school bus driver was fired and arrested for pushing two Black children, siblings, 6 and 10, for refusing to sit at the back of the bus.

This bigot must’ve been having flashbacks of the ‘good ole’ MAGA days of the 1950’s. pic.twitter.com/ZTei8lS459