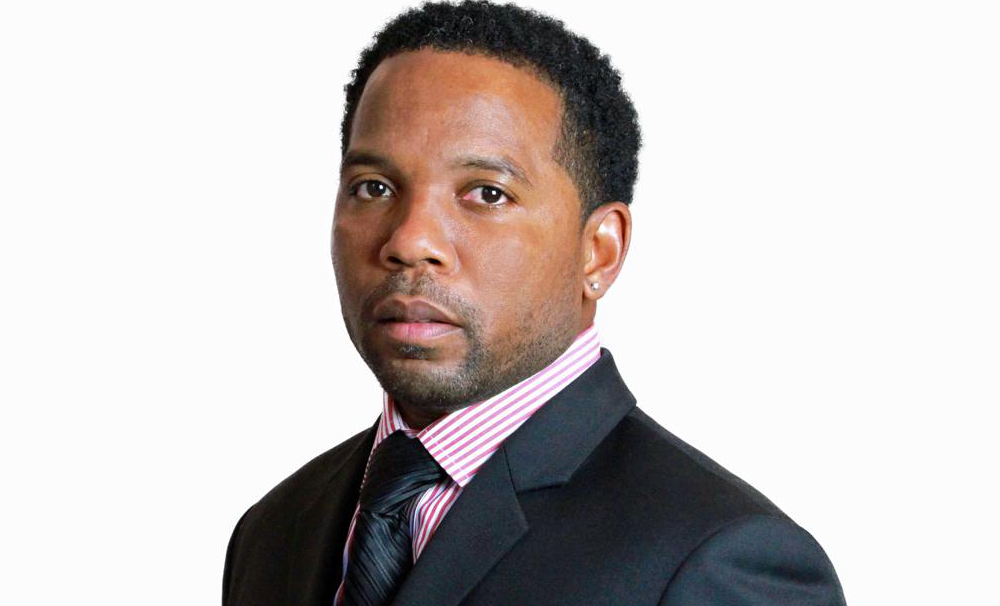 I have have contributed to the music industry and beat makers by: Contributing my time, money and my efforts to fight for the preservation of black culture in radio and in music.

From the days of developing his craft in DJ Jazzy Jeff’s A Touch of Jazz recording studio in Philadelphia, to today’s multiple honors, there is little that Carvin Haggins (@carvinhaggins) hasn’t been able to accomplish. The Grammy-nominated producer, has spent the past two decades creating classics for Musiq SoulChild (“Teachme”; R&B Song of The Year 2008), Raheem Devaughn (“Customer”; R&B Song of The Year 2009), Justin Timberlake (“Worthy Of”), Keyshia Cole (“Playa Cardz Right” Ft. 2Pac), Faith Evans (“Again”), and Chrisette Michele (“Let Me Win”), to name a few. There is little that he hasn’t been able to accomplish and the city of Philadelphia has even recognized his contribution to music by selecting him (and partner Ivan Barias) as a creative ambassador for the Greater Philadelphia Marketing Corporation, Philly 360.

Growing up in a household where there was no father and a very young mother, Carvin had to grow up quick fast and in a hurry. “I started to realize she didn’t have time to be a child because she had us so young” Haggins tells BE Modern Man. “Being a parent was foreign to her and all she could do was treat us the way she was treated.” At the age of 15 Haggins left home and soon found his self-worth, and forgiveness in his state of homelessness.

Carvin found comfort in music and this would change his life forever. In 2014 Haggins and his partner Ivan Barias received the Gamble and Huff Excellence In Writing Lifetime achievement award. “Being honored by the production team that we built our whole theory of music making on was breath taking,” says Haggins. “That moment gave me the opportunity to profess Jesus’ name and the work he has done in my life to my peers.”

“Bottle poppin’, scantily clad women, and fancy cars are the marketing tools by which urban music and media is sold which paints a poor portrait of the black man. It has made the black man one dimensional, and made to look like savages,” Haggins tells BE Modern Man. As a leader in the music industry Haggins is aware of his influence and he sees to it that he doesn’t perpetuate the stereotype. “Of course I’m not the only leader but I make sure that where I live and where I walk I show the younger men a man that fears God yet is still kind of cool and successful at the same time.”