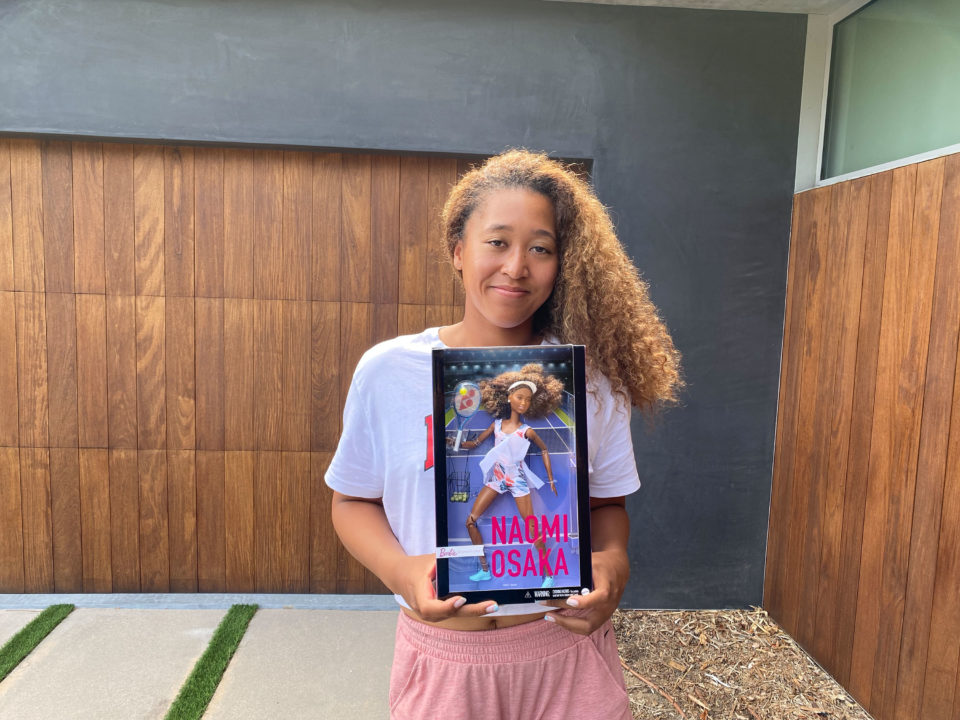 A new doll featuring Naomi Osaka as a real-life role model who inspires the next generation launches today. Image- Mattel

Just ahead of the Tokyo Olympics, a Naomi Osaka Barbie Role Model doll was released by Mattel.

It celebrates the athlete who became “the first Japanese player to win a major title in a singles match” in 2018, according to a press release .

The Naomi Osaka Barbie® doll is a part of Barbie’s celebration of “real-life role models” which is comprised of “remarkable women who are breaking boundaries and inspiring the next generation.” The fully posable doll sports a familiar Nike outfit Osaka wore during the 2020 Australian Open.

“It’s such an honor to be a part of the Barbie Role Model series, and to remind young girls that they can make a difference in the world. I want young girls everywhere to feel empowered to dream big and to know that if they believe in themselves that anything is possible!” Osaka said.

Per the press release, “Barbie has always encouraged girls to use their voice to stand up for what they believe in” while empowering them. Naomi has accomplished this, “on and off the field,” in several manners. The tennis star has used her platform to advocate for racial justice and empower athletes who are female. Osaka holds the current status of being ranked the no. 2 tennis player by the Women’s Tennis Association (WTA).

“We are incredibly honored to spotlight Naomi Osaka as part of our Barbie Role Model series. She has paved the way for future generations of girls to dream bigger, and through her unwavering courage and honesty, shown the world the importance of being your own biggest champion. Naomi continues to break boundaries on and off the court and is a powerful role model to fans everywhere,” said Lisa McKnight, SVP and Global Head of Barbie & Dolls at Mattel.

In 2019, Osaka’s likeness was included in Barbie® Shero a group of women. However,  the new doll is part of Mattel’s Black Label® series of dolls.

In addition to Osaka fans of all ages, doll collectors may also have an additional reason to add the new doll to their collections. Per the AP and ESPN, the tennis champion who is  “the world’s highest-paid female athlete” received the Best Female Athlete award at the 2021 ESPYS on Saturday night. The public appearance marked Osaka’s first time returning to the spotlight since the tennis player withdrew from the French Open and skipped Wimbledon, while citing a need to tend to her mental health.

Osaka will return to the tennis court to represent Japan in the Tokyo Olympics. The games will be held in Tokyo beginning later this month without spectators at the venues, due to COVID-19 concerns, according to details provided on the sporting event’s website. You may click here  to purchase the new Osaka doll.