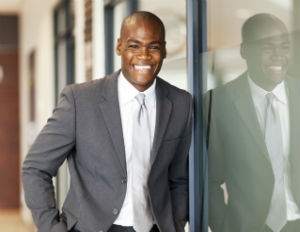 The D.C. Startup Week was spearheaded by Chida Chidambaram, founder of EventzIn, an online tool to create, host, and promote events, and Steven A. Rodriguez, the startup community manager at the Global Entrepreneurship Network. According to Technical.ly website, Chidambaram says that the mission of D.C. Startup Week is to bring the local startup community together and “get them energized and engaged,â€ as well as amplify the work being done by local entrepreneurs.

Startup Week Across Cities and Communities

Startup Week depends on entrepreneurs in a given city to run their own programming. The first annual Detroit Startup Week, powered by Chase, kicked off this past May,Â  featuring over 100 events with some 2,500 participants attending free activities over the course of five days. Detroit’s inaugural Startup Week was touted as the largest first-year event in the global brand’s six-year history. Other participating U.S. Startup Week cities include New York, Boston, and Dallas.

Startup Week is shaped by local organizers and entrepreneurs in that given city. Over the course of five days, participants in Startup Week get to choose the events they’d like to attend. Typically, these events are held at various venues across a city. Speakers from the community and outside of it are brought in to share their stories, to motivate and inspire the entrepreneurial community. Local organizers select the tracks they feel are most relevant to their community, and choose speakers based on those tracks.

Startup Week is one of several programs associated with Techstars, which is a mentorship-driven startup accelerator program. This selective accelerator has locations in five major U.S. cities, and only 10 companies are chosen per site. Techstars invests $118,000 in each business through a combination of seed funding and convertible debt.

At the end of the program, there is a “demo dayâ€ where companies pitch to a room full of angel investors and venture capitalists. A number of startups and early-stage companies have secured seed money, anywhere from $250,000 to $25 million, as a result of their participation in the accelerator. As of mid 2016, Techstars has reportedly accepted over 800 companies into its program, and, collectively, these companies have raised over $2.3 billion dollars.

Benjamin Young, who was named Black Enterprise‘s “Techpreneur of the Year” in 2015, and his technology fitness company, Nexercise, was the first black-founded business to go through the Techstars’ accelerator program. The company also scored as the largest tech startup funding in the history of the ABC television show Shark Tank, at $1.5 million.