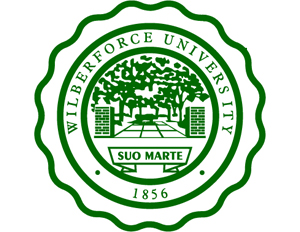 It’s a celebration for Wilberforce University students, administrators, staff, and faculty. On November 12, 2015, the governing body of the Higher Learning Commission (HLC), lifted a 2014 Show Cause Order that stated the university was at risk of losing its accreditation.

Wilberforce University President, Algeania W. Freeman, Ph.D, told Black Enterprise exclusively, “It is a great day at Wilberforce University. The accreditation of a historical institution has been saved by the grace of God and much hard work. This turnaround illustrates that institutions of higher education must pay attention to accreditation guidelines and mandates, and must conduct the business of the institution in a focused and business-like manner. This is a historical moment in higher education. For an institution to move from being Show-Cause notice to being placed on the standard pathway for full accreditation is indeed phenomenal.”

According to a press release statement, the Show-Cause order placed Wilberforce University under threat of losing its accreditation if the institution was not brought into compliance with the criteria and practices of the Higher Learning Commission. “The Higher Learning Commission has now placed Wilberforce under a standard path, meaning the school is now fully operating under best practices, consistent with all other institutions that are accredited by the rules and standards of the HLC.”

The HLC Board of Trustees based its action on the institution satisfactorily meeting all five of the Core Components under which the University was evaluated. The University submitted a 3,000 page Show-Cause Report on December 15, 2014, hosted a comprehensive site visit on April 20-22, 2015, and submitted an additional 700 pages of supplemental materials in October 2015 that addressed such issues as enrollment, infrastructure, and budget. HLC stated that “the Board finds the commitment to those challenges has been demonstrated.â€

HLC also stated: “The Board and Wilberforce President, Algeania Warren Freeman, Ph.D., have developed working plans to achieve the goals of the institution. That is evidenced by interviews and Board meeting minutes, with senior administrators additionally supplementing those plans.â€

Additionally, the HLC noted that “the current administration has created realistic, financial projections which will help the University and its future plans. That was purposed by a pledged, unrestricted gift of $4 million, confirmed during a meeting with the AME Church.â€