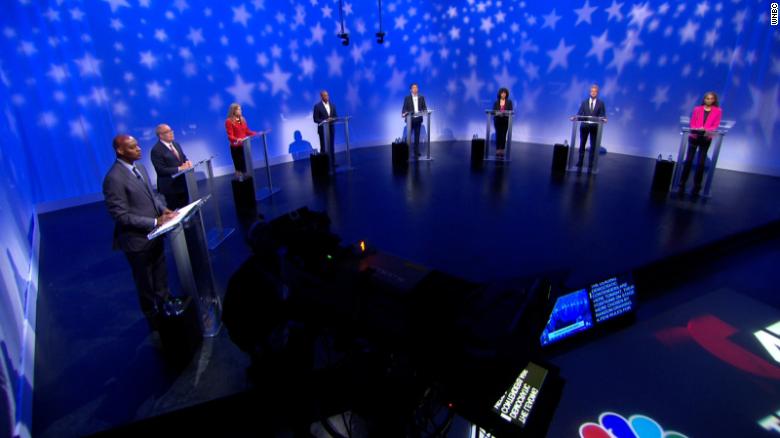 The first sign of New York City’s future will be determined tomorrow as voters will use ranked-choice voting to select the Democratic candidate for mayor.

The last weekend before the election saw every mayoral candidate combing the streets for every last vote, an alliance between two candidates, and a claim of suppressing Black voters.

Here’s what you need to know before heading to the ballot box tomorrow.

Candidates Andrew Yang and Kathryn Garcia began campaigning together Saturday in a push for residents to vote for both candidates in ranked choice voting.

Yang spent the weekend urging his supporters to vote for him first and Garcia second. However, the former sanitation commissioner did not offer the same endorsement, but the pair handed out fliers together in Queens and took photos together this weekend.

The move has upset candidate and former cop Eric Adams, who said the alliance was an effort to prevent a “person of color” from winning the race.

“For them to come together like they are doing in the last three days, they’re saying we can’t trust a person of color to be the mayor of the City of New York when this city is overwhelmingly people of color,” Adams said, according to the New York Times.

Policing Is The Biggest Divide Among Candidates

While the candidates all have their own ideas for the city’s economy, education, and housing, its policing that seems to have created the widest divide between candidates.

Yang, Adams, and Garcia, the more “moderate” Democratic candidates, have all proposed boosting police department numbers. Yang proposed having a cop on every subway. Adams in the past has praised and supported stop-and-frisk when it’s used legally. Garcia, who has also pushed adding more police, criticized other candidates for their support of police budget cuts.

Meanwhile, Dianne Morales, a former nonprofit executive; Maya Wiley, a former civil rights attorney; and Scott Stringer have all said they wouldn’t increase the number of NYPD officers in the city.

Former Citibank executive Ray McGuire wants to empower the Civilian Complaint Review Board and said he would overrule the police commissioner if he disagreed with any disciplinary actions.

Every Candidate Has Some Controversy

Yang has been criticized for leaving New York during the pandemic. McGuire has been attacked for his political inexperience. Stringer has seen his campaign turned by sexual harassment allegations. Morales, once a rising candidate, has seen her campaign take a hit due to a mutiny by her campaign staff.

Wiley has been questioned about working for current mayor Bill de Blasio and Garcia claimed ignorance about unequal pay while she was sanitation commissioner. Former Housing Secretary Shaun Donovan has faced questions about his father giving more than $1 million to his campaign and Adams has been criticized for his comments on virtual learning and questioned on if he actually lives in New York City.

If early voting numbers are an indication, there will be a low voter turnout for this year’s primary. According to the city’s Board of Elections, early turnout has been low, with just over 32,000 voters casting ballots during the first two days of early voting

The city is likely to find out who is leading the election Tuesday night, however it could take weeks to get a final tally. Tens of thousands of absentee ballots will not be due until a week from Tuesday and will have to be counted.

Ranked-choice voting also adds a wrinkle that could add to the delay. Only New Yorkers’ first-choice votes will be counted right away. The city’s Board of Elections plans to reveal the first round of ranked-choice results a week from Tuesday and will release updated results once a week after that as absentee ballots are counted.

The results posted on July 6 are expected to include absentee ballots, according to the Board of Elections, but more complete results should arrive the week of July 12.