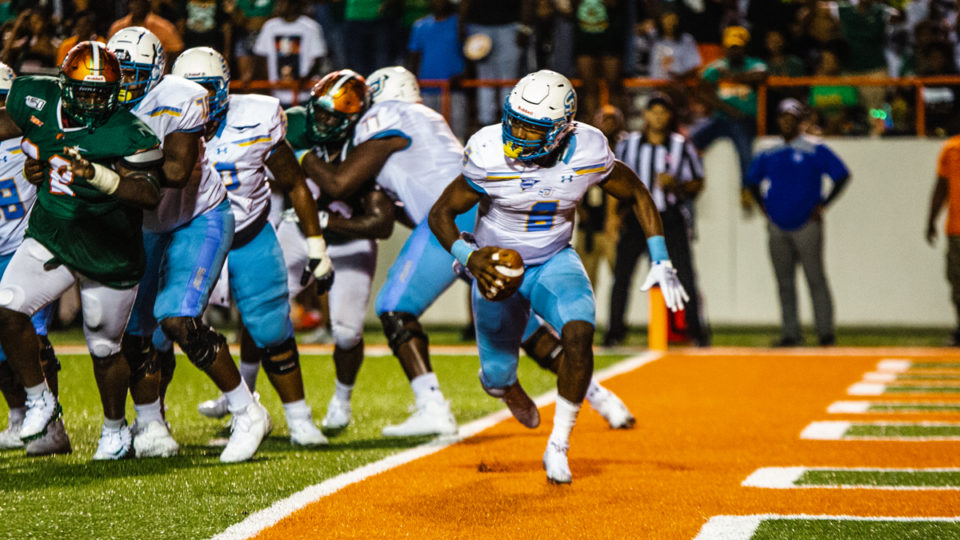 The National Football League will be helping historically Black colleges and universities (HBCU) for a fifth straight year!

The NFL has announced that the fifth annual HBCU Battle of the Brains (HBCU BOTB) will be taking place starting Wednesday, Oct. 20, and going until Saturday, Octo. 23, 2021, in Austin, Texas. As they have in the past, the NFL will be serving as the title sponsor of the event.

“Showcasing the immensely talented students that populate our nation’s HBCUs has been a central focus of the HBCU Battle of the Brains,” said Gregory Gibson, founder, and executive director, HBCU BOTB in a written statement. “The commitment of the NFL illustrates its shared belief in the product of our HBCU institutions.”

This year’s HBCU BOTB will once again be placing various teams of the best and brightest STEM and Business students from HBCUs across the country. With the theme #MoreToBattleFor, the event will pit the teams against each other as they compete for more than $50,000 in scholarships. Each individual team will be given 24 hours to try to develop a solution to a proposed business challenge live in front of an audience. They will be judged on analysis, a business/technology solution, a presentation, and Q&A, with crowd participation constituting one of the final votes.

“The NFL is excited to once again sponsor the HBCU Battle of the Brains event,” said David Jurenka, senior vice president, NFL Media & General Manager, Los Angeles. “We have seen countless examples of how this event continues to shine a light on the incredibly gifted young minds that will undoubtedly have an impact on the future of various industries. The creativity and enthusiasm surrounding this event is truly inspiring, and we always cherish the opportunity to engage and interact with these students.”

“The HBCU Battle of the Brains event is one we look forward to participating in each and every year,” said Michelle McKenna, NFL senior vice president & chief information officer. “Engaging and working with the dedicated HBCU community remains an important priority for the NFL, and we are excited to continue to grow our relationship through events such as the Battle of the Brains.”