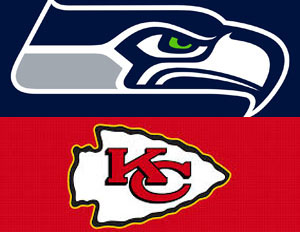 Russell Wilson and LaVance Taylor couldn’t be any further apart at this point in their respective pro football careers; Wilson has become a bit of a golden boy for the next era of the NFL–having led his Seattle Seahawks to two consecutive Super Bowl appearances, as well as hosting children’s awards shows, and sharing tabloid ink with R&B singer and model Ciara. Taylor on the other hand, went undrafted out of the University of Central Missouri, and until recently was not on most of the NFL’s radar. Wilson’s contract struggles have been widely covered, and the lone question for him remained ‘when’? As in “When will the Seahawks and Wilson come to terms on what everyone knew would be a major contract’? Taylor on the other hand, has been dealing with questions that were more along the lines of ‘what if’, ‘who’, and perhaps most realistically ‘what’s the worst that can happen’?

A couple of days ago, Taylor took a shot in the dark and tweeted out his college highlight video to several NFL teams:Â reportedly to the Patriots, Raiders, Jaguars, Giants, Jets, Browns and to Cowboys owner Jerry Jones, among others. On Wednesday, he sent his video to the Chiefs via Twitter –

@KCChiefs hey my name is LaVance Taylor and I am currently a free agent and I wanted you to check me out. http://t.co/T8sD9L8pTs

Proving that sometimes the stars really do align, and that particularly in today’s social media landscape, opportunity is around every corner, the Kansas City Chiefs announced that they had signed LaVance Taylor via Twitter:

The Chiefs were running low on available running backs following their release of Cyrus Gray, and the loss of Keshawn Hill to injury; so low that according to the Kansas City Star, the team was forced to deploy quarterbacks Chase Daniel and Aaron Murray at running back during practice. Taylor, who stands 5’11â€ and 195 pounds, became the final roster addition ahead of the team’s training camp which begins on Saturday. Per a report from Fox Sports, Taylor ‘rushed 245 times for 1,918 yards and 15 touchdowns for the Division II Central Missouri Mules in 2014, and earned second-team All-America honors.’

Wilson’s future in the NFL was never in doubt, but his future with the Seattle Seahawks has been a bit cloudier than many fans expected. The 26-year-old quarterback is a bonafide star, and with two Pro Bowl and Super Bowl appearances, as well as a Super Bowl ring under his belt in just three seasons–he’s as much the franchise’s future as he is their present. That’s why fans and reporters were elated when the contract saga came to an end, and it was reported that the two sides had finally reached an agreement.

Wilson, who was scheduled to make a little more than $1.5 million this year, in the final year of his rookie contract, agreed to an extension to remain with the Seahawks for four more years, and roughly $87.6 million, with $60 million guaranteed.

Taking to Twitter to express his excitement about the deal, Wilson tweeted –

Blessed to be w/ this organization for 4 more years. Can’t wait to get on field w/ the fellas! @Seahawks #ChampionshipMindset #GoHawks