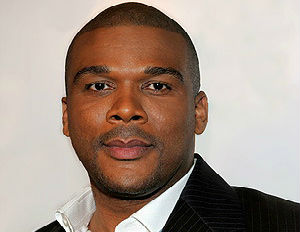 Move over, Wiz. Jesus is coming through.

According to reports, Fox has ordered a two-hour live musical event hosted and narrated by Tyler Perry called The Passion. The story centers around the final hours of Christ’s life on Earth.

The Passion follows a modern-day Jesus of Nazareth during the Last Supper and includes elements of the Biblical story such as his betrayal by Judas, trial by Pontius Pilate, his crucifixion, and resurrection. It’s set in New Orleans and the network is planningÂ for a March 20 broadcast to coincide with Palm Sunday.

I’m excited to host and narrate #ThePassionLive, a musical event that airs LIVE March 20 on FOX!

“The Passion is both wonderfully entertaining and genuinely inspirational,â€ David Madden, president of entertainment at Fox told reporters. “We are so thrilled to have the multi-talented Tyler Perry join us for this epic music production. He is the perfect host to lead the cast – and viewers – through the streets of New Orleans in this contemporary re-telling of a timeless story.”

There has been a Dutch version of The Passion produced annually since 2011, and that version has aired for the last five consecutive years, commanding a 46% market share in 2015, according to Deadline.

Fox is joining what looks to be a lucrative trend after NBC saw success with recent live musicals including Peter Pan Live!, The Sound of Music Live!, and most recently, rating-winner The Wiz Live!.

Tyler PerryÂ has been a longtime faith-based businessman, having produced plays and films that incorporate Christian messages, imagery, and values. Last year, he trademarked the popular phrase, “What Would Jesus Do (WWJD),” and his latest Madea-starring animated film project, a character whose comical, in-your-face motherly advice often centers around her belief in Christ, is set for release in January.