The Petabyte will dominate film storage in coming years 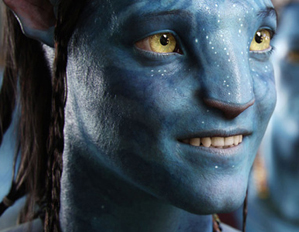 The sequel to the hit movie Avatar will reportedly be shot (Image: cinemablend.com)

Most people are now familiar with terabytes – a measure of memory or storage capacity equal to a thousand gigabytes. Well, the lesser known petabyte is approximately a thousand terabytes and, with the development of 4K TV (also called Ultra HD) and other high-resolution venues in the home and in mobile devices, it will soon become a household name.

Use the 2009 movie Avatar as a frame of reference. The rendering of that feature film, the world’s most expensive movie ever made, required one petabyte of space – and it is not a 4K film. Avatar was captured in 2K using 3D film. In 2014, just five years after the release of Avatar, it took 2.4 PB to convert The Amazing Spider Man, starring Jamie Foxx, into a 4K movie.

Now Avatar creator James Cameron is planning the movie’s sequel to be shot with 4K. “You know we’ll be shooting at a native resolution, probably of 4K, and so there should be a lot of true 4K theaters by then as well,â€ the director told digitaltrends.com.

Overall cloud storage for media and entertainment is expected to grow 24 times between 2014 and 2020 – from 763 PB to 18,224 PB. Cloud storage revenue will exceed $2.1 billion by 2020 and silver halide film as a content distribution media will vanish before the end of the decade, according to a new report analyzing the role of digital storage in all aspects of professional media and entertainment. Storage media revenue is expected to increase by about 23% from 2014 to 2020 ($469 M to $578 M).

The 2015 Digital Storage for Media and Entertainment Report, the 11th annual report from Coughlin Associates on digital storage in media and entertainment, provides 223 pages of in-depth projections out to 2020 on the digital storage demand for content capture, post-production, content distribution, and content archiving.

Here are three fascinating takeaways about storage for media and entertainment:

Traditional film is going the way of the dinosaur
Survey results show that 66% of professional cameras use flash memory in 2015. It is currently the dominant recording media used in cameras and it plays an important role in content distribution and post-production. The use of magnetic tape and film are rapidly declining.

Film storage needs are going to explode
As image resolution and frame rates increase and as multi-camera video becomes more common, storage requirements will become more in demand and more costly. The development of 4K TV and other high-resolution venues in the home and in mobile devices will drive the demand for digital content (especially enabled by high HEVC (H.265) compression.

The petabyte will eventually become too small
Over 60 Exabytes of new digital storage will be used for digital archiving and content conversion and preservation by 2020. By the next decade, total video captured for a high-end digital production could be hundreds of PB, approaching 1 Exabyte.