The Progress Cha Cha: How Achievements and Setbacks Lead to Success 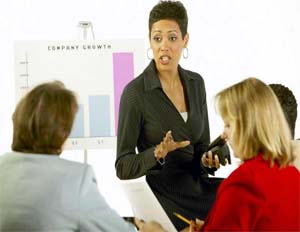 Last week, I met with a group of business owners in Houston. It’s an impressive group of sharp, committed leaders who meet monthly for the purpose of professional development. They are clearly intent on the profitable growth of their enterprises. The average age of the companies represented is 11.2 years; three of the 13 businesses are more than 20 years old. These companies have experienced the kind of longevity that develops lessons in leadership as well as resilience. There are achievements and there are setbacks; there are spontaneous, unanticipated events, and there are grand surprises.

We discussed these occurrences within the context of what we referred to as the Progress Cha Cha.
Like the popular Afro-Cuban dance, the Progress Cha Cha seems to have unique timing, rhythm, and movement as its central elements. How many times have you heard it said, “I can’t seem to get anywhere—as soon as I take two steps forward, I take one step backâ€?

This was part of the Houston conversation last week. Although I am by no means an expert dancer, for the sake of example, I demonstrated what it physically looked like to take two steps forward and one step back. Then I repeated it continually, each time gaining confirmation from the business owners that this was what their experiences had been like.

The demonstration sped up and became more like a dance step. Just for fun you should try it. Go to one end of the room and work your way to the other, by sequentially taking two steps forward and one step back over and over until you reach the other wall.

You will note what we observed as well, that in spite of the appearance of failure (regressive steps), or conversation of setbacks, it is the reality of achievement that there be forward as well as backward movement. Together they form progress.

To label backward movement as failure is as unnecessary as it is to label forward movement achievement. Such labeling indicates a lack of understanding. Movement is movement. Both directions are essential to completion. Both serve needed purposes and teach lessons. Together they are transitive, in that each of the two directional steps in the place of the other, change positions to take us somewhere else. Not where we are currently.

Not where we have been, but leading us to where we are going next. This alternating position has the potential to provide new insights and opportunities. That said, it appears that attainment of any objective is rhythmic with recurring intervals or patterns of built-in periods of movement, direction, and rest. It only stops when the object in motion (you) ceases all effort; until that time there is constant, sometimes almost imperceptible, movement.

It is like that in everything—sports, business, science, just to name a few.

Expect that you are in that same flow, following the natural rhythm to achievement—the Progress Cha Cha, if you will. Do not think that there is a special movement for you but you are part and parcel of the one movement that is continually at work indiscriminately for us all.

Kay Saunders is the Founder & CEO of Bellewether, Ltd. and the Human Asset Imaging Institute. She is the author of Interpersonal Secrets for Professional Success and coaches hundreds of small to mid-sized businesses nationwide on growth and operational strategies.