Yvette Brown always dreamed of becoming a mother. And when the time came to turn that dream into a reality, she chose to adopt.Â  “I knew from a very young age that there were children in the world who needed a home, and I always said to myself that I would adopt when I was older,â€ says Brown. In March of 2010, the single physician from Chambersburg, Pennsylvania, adopted a 2-week-old baby girl named Kendra.

But the adoption process did not come without challenges. For starters, Brown, 44, was shocked at the expense. “The cost was unbelievable,â€ she says. The tally included paying $1,750 for home study, a three- to six-month process whereby social workers examine all aspects of your home and family life to determine whether it is a safe environment for a child. Then there was the $1,000 she paid for a profile about herself, which would be shown to prospective birth mothers in choosing adoptive parents. Add to that $2,880 in attorney’s fees to handle the legal aspects. When all was said and done, Brown spent $20,000 to $25,000 in total.

While the new mother had the personal savings to cover the cost of adoption, many people are not as fortunate as Brown. Private agency adoptions can range anywhere from $5,000 to $40,000-plus, according to the U.S. Department of Health & Human Services Administration for Children and Families, with $25,000 to $35,000 being the norm, experts say. “Most families look at that $25,000 as if it’s a gigantic brick wall,â€ says Cherri Walrod, who founded the website Resources4Adoption.com after looking for money to fund her own three adoptions.

However, there are ways to get past the high cost of adoption. Taking advantage of grants, tax credits, low-interest loans, and other fundraising strategies, prospective adoptive parents can effectively break down financial barriers. 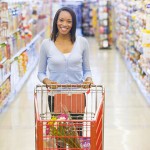