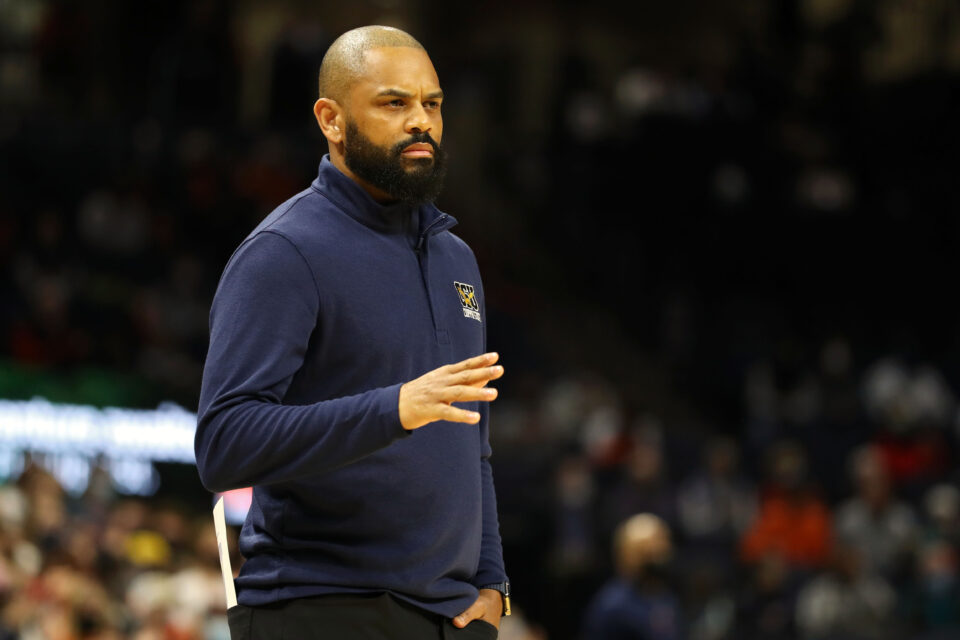 Ibn Williams, a former basketball player who played for Coppin State University has filed a lawsuit against the educational institution claiming sexual assault and blackmail by an assistant coach.

Basketball head coach Juan Dixon, who appears on the television series The Real Housewives of Potomac, has been named in the lawsuit.

The State of Maryland, the University System of Maryland, Lucien Brownlee, and Derek Carter are also named in the paperwork filed.

According to the court documents, Williams “by information and belief” claims that Brownlee, the assistant basketball coach of Coppin State University catfished him online, passing on intimate photos and texts, and after doing so, blackmailed him into videotaping a private sexual act before revealing the encounter when Williams resisted his demands for sex.

Brownlee also served as director of player development and director of basketball operations at the school.

Dixon is accused of not acting on the complaints Williams brought to him.

Williams’ attorney, Daniel “Donny” Epstein of the New Jersey law firm Epstein Ostrove, told Baltimore Brew that Dixon had prior knowledge of issues with Brownlee, which is mentioned in the complaint. He feels that the head coach should never have put Brownlee in a position of authority over the basketball players.

These alleged incidents took place throughout the 2018-2019 basketball season.

In the fall of 2020, the blackmail and threats reportedly did not stop and Williams ignored the repeated requests, that’s when “the material used to blackmail plaintiff was published and revealed to members of the team, staff and the public,” according to the lawsuit.

Epstein explained that the material appeared on Instagram but was eventually taken down. Williams was told after the material was posted that Dixon told him to come to practice the following day. The two talked and according to the complaint, “Dixon admitted that Lucien [sic] Brownlee was mentally ill or otherwise emotionally imbalanced and that his history was known to the coach, [Athletic Director Derek] Carter and the school.”