The Real Reason You Should Hire Millennial Talent 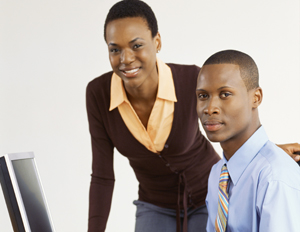 This article originally appeared on BusinessCollective.com.

According to the Pew Research Center, there are more than 75 million millennials in the U.S. today – and employers are apparently disgusted with every single one of them. Born between 1980 and 1999, millennials are often pigeonholed by employers as unreliable, entitled, and untested. Their multiple tattoos and selfie-cluttered social media accounts seem to reveal a narcissism and self-obsession that did not exist in generations past. But that isn’t always true.

Companies are always looking for hot, young talent. If you’re a business owner, hot, young talent means millennials. So look for the qualities that count in the generation that is, perhaps, the most loathed without justification.

Student Debt: They Really Need the Work
Necessity can be an excellent motivator. And for millennials, by and large, finding decent work is a necessity of immediate importance. The average millennial who graduated from a four-year, non-profit college or university in the summer of 2014 took with them a diploma, a lifetime of memories, and $28,400 in debt. This number is several hundred dollars higher than it was in 2013, and $10,000 higher than it was a decade ago. Â Paying off an accumulated 1.3 trillion dollars, more than 30% of millennials pay $300 a month toward their student loans, and 5% pay more than $1,000 a month.

Smart employers leverage the best work of new hires any way they can, and members Â of this debt generation hand over all the leverage in the world the moment they walk through the door.

Millennials Are Tech-Savvy Multitaskers
Millennials are the first generation in American history that hadÂ computers – and for many, the Internet – as a fixture of their childhoods. The common perception is that this has made millennials Internet-addicted and technology dependent. The more likely reality, however, is that they are Internet savvy and technology proficient, which makes them more competent and easier to train. It also means that they excel in real life at a valuable skill that job seekers have been writing on their resumes for decades just because it sounds good: multitasking.

After all, millennials are the first generation in history whose behavior led to laws banning texting while driving (no one had to tell your dad to pull over if he needed to type a letter on the Smith-Corona typewriter he kept on the passenger seat just in case).

The Coca-Cola company, which has a long, storied corporate culture of exploiting (in a good way) young talent, recently released a report about millennials and technology. The report revealed that millennials were the first generation to be “on the cutting edge of technology,â€ especially mobile technology, even when their jobs had nothing to do with tech. This held true, when compared to their older counterparts, in virtually every corner of the world included in the study.

Millennials Are the Most Diverse Generation in History
Just 57%Â of millennials are non-Hispanic whites, 15% less than the Baby Boomers. In a shrinking world and global economy – not to mention an AmericaÂ where minorities are playing an increasing role in domestic politics – the very ethnic differences that once stood as barriers to employment can now serve as the mitigating factor that pushes one candidate ahead of another with an otherwise equal background.

Millennials are much less likely to be married, to be religious or to identify with a political party than their parents were. This often brands them with the perception of selfishness or apathy. However, the reality may be that since their lives, from cradle to job interview, have been lived under an unprecedented and perpetual bombardment of information, that bombardment enlightened them prematurely. It might evenÂ have made them better employees – if you can just get past the tattoos.

Marcela De VivoÂ is the CMO of Homeselfe.comÂ Â the country’s largest and most innovative energy assesment app. Her goal is to create awareness about energy efficiency and reducing utility bills by convserving energy. She loves going for long walks with her dogs Lucas and Lola, and travelling all over the world.