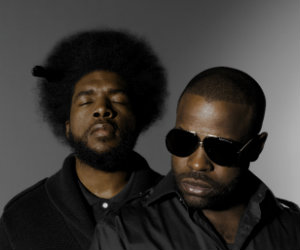 Grammy Award winning Hip Hop band, The Roots, are returning to their hometown of Philadelphia to unveil a mural that will be part of “The Mural Arts Program,” which was launched in 1984 and is the nation’s largest mural program.

“The first meeting with the artists was amazing; we shared ideas of what the final mural could end up looking like. It’s beyond anything Tariq and I ever dreamed of,â€ said ?uestlove. “And to have it along South Street, near the same corners we were kicked off of for playing our music is fantastic.â€

The two founders of The Legendary Roots Crew will be joined by Philadelphia Mayor Michael Nutter, Ernel Martinez, lead artist of The Roots’ Mural Project and Jane Golden, Director of the City of Philadelphia Mural Arts Program and others.

Read about it on Radio Facts