The Black Man's Rules For Life 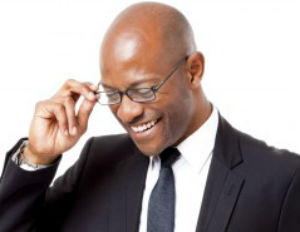 Did you ever wish that you had a way of knowing how to get the most out of life?

Ebony.com writer Keith Reed came up with The Black Man’s Guide to Life.

Check out his tips on how black men can keep it real.

There’s only one way to become a man of the world. Listen, man: your lack of a passport is not the business. Neither is having an empty one. In fact, for the ultimate lesson in code switching, don’t just get out of your neighborhood; leave the country. Nothing gets your grown-man card punched like venturing so far from home that you need a new language just to ask for toilet paper. It also informs you about the larger world in ways that staying close to home never can. The perspective you’ll gain from say, spending J’ouvert morning dancing through the streets of Port of Spain or a few nights in surprisingly modern Tripoli or touring museums in Paris just can’t be rivaled in familiar environs.

Kiratiana Freelon, author ofÂ Kiratiana’s Travel Guide to Black Paris, says travel brings other advantages: “If you look at any travel group, anywhere, it’s always 70 to 80 percent Black women and 20 percent Black men. I don’t know what the reason is for that, but I know it’d be different if you saw how the women react when they do see Black men traveling in their circles.â€

A righteous Black man ain’t perfect, but he does his best.

There ain’t nothing like being a righteous Black man. Not just Black by accident of birth, pigmentation and gender-assigning chromosomes. A righteous Black man–unapologetically confident about defining Blackness for himself and never ashamed to claim it in mixed company. He’s OK with knowing that Black maleness is both hard work and a dangerous occupation in America. Black manhood knows struggle from birth to the campaign trail, public school to the Ivy League, from ashy to classy. It is also knows the triumph in getting’ over, bustin’ loose, and in becoming. It means that even as the rest of the world steals our flow, we can and will always just create the next new thing, because by the time the larger culture sees fit to co-opt our trend, we were already done with it anyway. On to the next.

Every man needs to keep his money on his mind. There won’t be any weekend jaunts to St. Tropez if the money’s funny. Staying on top of your finances is what makes everything else around you tick; after all, what’s the point of working every day with nothing to show for it? Although a Pew Research study stated that as many as 40 percent of mothers are now the breadwinners in their households, that doesn’t mean men or women have let go of the idea that we need to be able to hold our own at the bank to be worth our salt.

Put another way: A fringe benefit of making sure your financial house is in order is that it gives you a leg up with ladies who are interested in working with a brother to build something for the future. But whether you’re single or partnered, you need to know how to budget, save and invest. Tips on how to get your financial house in order can be found in the November issue of EBONY.