Facing the Challenges of a Serial Entrepreneur 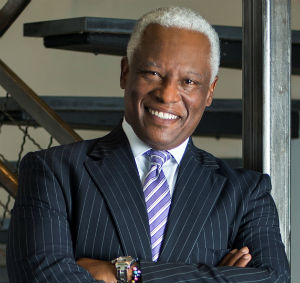 ChaseCom LP was doing pretty well. A BE 100s company in the early 2000s, its revenues were north of $30 million. But when new legislation was affected 2004, the Houston-based provider of telemarketing services saw revenues cut by nearly 50% as consumers were now able to block such calls. As a result, the firm fell off the BE 100s.

But CEO Anthony Chase would make a comeback. When AT&T (then the company’s largest client) approached him about acquiring Chasecom, Chase took the deal. He sold the company’s assets, with the exception of its staffing business (which generated about $6 million the year before the sale closed), and started over again. Just six years, Chase would return to the BE 100s with ChaseSource LP (No. 92 on the BE INDUSTRIAL/SERVICE list with $24.115 million in revenues).

Chase is an example of a serial entrepreneur who faced a daunting challenge that had his business on the ropes but started over by identifying and taking advantage of business opportunities in other industries. Whether due to selling a company or after a business failure, starting over is rarely easy. But as Chase and other entrepreneurs can attest, sometimes it’s sweeter the second (or in Chase’s case, the third or fourth) time around.

At its peak, ChaseCom operated a dozen call centers, most of which were offshore and boasted A-list clients that included AT&T and Bank of America. But by 2004, it was apparent the model had to change. When the U.S. Federal Trade Commission initiated the National Do Not Call Registry that year, revenues plummeted and the firm fell off the BE 100s. “Industry regulation sometimes knocks you for a loop,â€ says Chase. “It’s just part of doing business.â€ ChaseCom initially refocused on inbound technical support calls and business-to-business customer relationship management and staffing service center, but chase eventually decided to sell the company.

ChaseCom was sold to AT&T Corp. in December 2007 for an undisclosed sum of cash. “It was a good deal,â€ attests Chase. “As it turned out, getting cash in December of 2007 turned out to be a great thing since the [stock] market crashed the next year.â€ AT&T uses the infrastructure in place for inbound technical support calls, among other things. Chase retained ownership of the company’s staffing division, which was generating about $6 million of the company’s revenues at the time.

Now ChaseSource LP has two lines of business — each of which represents about 50% of total revenues. Firstly, the company provides staffing services to organizations that include Blue Cross/Blue Shield and Xerox Corp. Through its ChaseSource Real Estate Services division, the company provides facility management services around the state of Texas — managing commercial buildings.