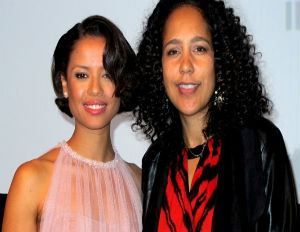 The following is a feature by The Shadow League’s Ricardo A. Hazell:

Alas, these are not those times.

However, director Gina Prince-Bythewood reminds us why we go see films with her most recent offering “Beyond The Lights,â€ starring Gugu Mbatha-Raw, Nate Parker, Minnie Driver, and Danny Glover. Best known for directing such emotionally honest films as “Love and Basketballâ€ and “The Secret Life of Bees,â€ Prince-Bythewood seems to excel at depicting people of African descent in emotionally realistic circumstances. I asked the director where she believed her eye for such things was developed.

“Growing up, even as a little kid, I’ve always loved writing stories,â€ she explained. “I knew that was something I wanted to do. I was adopted by white parents. So, my self-esteem was like nil. I just remember being 17 years old and going to the movies and the trailer for “She’s Gotta Have Itâ€ came up, and me looking up at the screen and seeing people that looked like me. The feeling that came over me was overwhelming. I could not wait to go see that film. I just had the urge to give others that same feeling that I had. To be able to see yourself up on the screen.â€