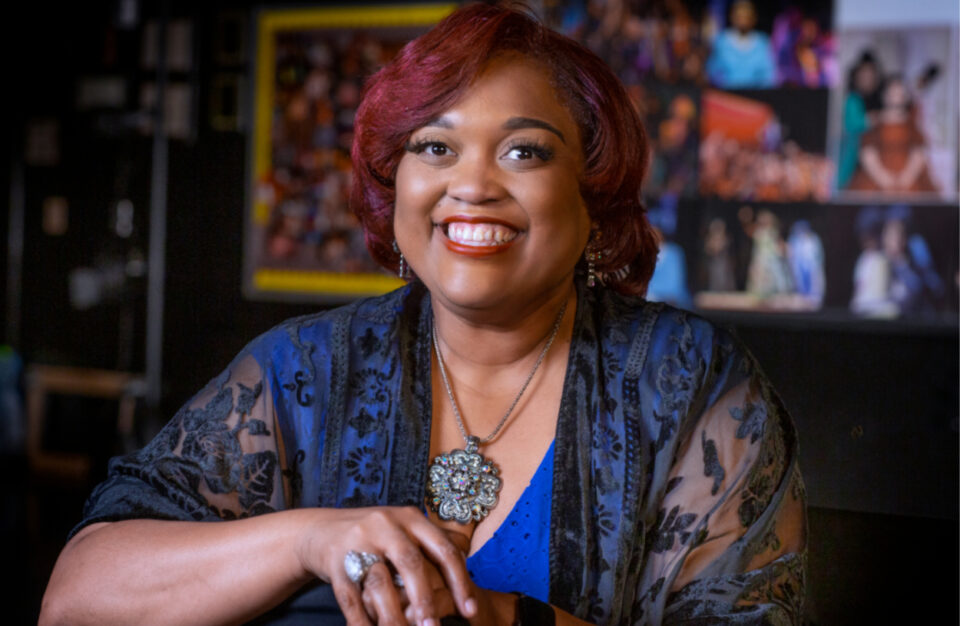 The Excellence in Theatre Education Award was co-founded in 2014 by the Tony Awards and CMU to recognize top K-12 drama teachers and to celebrate arts education. Jones-Koumba will receive her award at the 75th Annual Tony Awards on Sunday, June 12, at Radio City Music Hall in New York City.

A panel of theatre experts from The American Theatre Wing, The Broadway League and Carnegie Mellon University selected Jones-Koumba from a nationwide call for entries. Impassioned endorsements from students past and present, along with peers from the arts community in Houston—such as The C. Lee Turner Black Theatre Educators’ Caucus—helped make Jones-Koumba a standout.

As one student put it: “I have been in awe of her vision; her tireless work ethic; the countless hours; blood, sweat, tears, money, food that she’s given to her students in the community around her. And she taught us, usually black and brown kids from inner city communities, that we could do anything.”

In addition to her teaching responsibilities, Jones-Koumba is a director at the G. W. Carver Theatre, where the “Panther Players Troupe #6753” has earned multiple regional and national awards for their thespian competition pieces and one-act plays. The Panther Players under her direction also have earned multiple Tommy Tune Awards for musical theatre. Among other performing arts laurels, Jones-Koumba is a past recipient of the Stephen Schwartz Musical Theatre Teacher of the Year Award; the International Thespian Society Inspirational Theatre Educator Award; and she was recently inducted into the Texas Thespians Hall of Fame.

“Our students are doing amazing things. Many are working actors on stage and on television; some are continuing their education; some are pursuing careers outside of performing. In theatre we accept all, so you’re not afraid to be yourself. And that gives you confidence to do anything you want, enables you to work with different people, and to be a better all-around person,” Jones-Koumba said.

“Theatre is Life. I’m very grateful to The Tony Awards and Carnegie Mellon University for this honor.”

The Excellence in Theatre Education Award recognizes a K-12 theatre educator in the U.S. who has demonstrated exemplary impact on the lives of students and who embodies the highest standards of the profession. Jones-Koumba will receive $10,000 for of G. W. Carver Magnet High School’s theatre program and tickets to the Tony Awards and Gala. Jones-Koumba’s students will also receive a visiting Master Class taught by CMU Drama professors.

“Theatre education opens students’ minds to reveal their potential, whether onstage or off, through artistic expression and inclusivity. That doesn’t happen by chance. It happens through hard work, countless hours and a tireless commitment that drama teachers know better than most. Roshunda takes that dedication to a whole new level, and we’re honored to present the Excellence in Theatre Education Award to her this year,” said Heather Hitchens, president and chief executive officer of the American Theatre Wing, and Charlotte St. Martin, president of The Broadway League.

“In our increasingly complex society, teachers serve as incredible champions and mentors for young people, helping them to discover their passions and achieve their dreams,” said Carnegie Mellon University President Farnam Jahanian.

“Roshunda Jones-Koumba is an enthusiastic champion for her students, and her unique theatre education program empowers them to become leaders in any field. That’s the power of the arts, and that is why CMU is so proud to present this award in recognition of her impact.”