Racial Disparity: The Difference Between Whites & Blacks In The Workplace

In general, how do the cultural differences affect promotion and hiring?

Kochman: White men basically see themselves as a collection of individuals, and not as members of a group. In the U.S. context, as members of a dominant group that operates in a mainstream context, they have no race/gender self-awareness. White men have to go outside of the U.S. to experience beingÂ  a minority, then they become very much aware of their race and gender. However, they are aware of everybody else’s group membership. Black women are characterized as African American women first, before individuals. White women are characterized as just a woman because white is normative. This has an impact on who gets picked in the organization–not even with respect to cultural patterns, which also factor into who rises to the top given the culture of the organization–but just in terms of who’s in the pool.

White men succeed or fail as individuals, not as members of a group. The success or failure of one does not impact the possibilities of someone else getting considered. If everybody who applies for a job is a white guy, race and gender disappear from the radar screen. What emerges in that context are individual characteristics. When they say they got hired because of who they were as individuals, that’s true, because everybody else got left out because they were members of the group. That’s the critical part of this.

In part two of the book you talk about workplace conflict between corporate white women (CWW) and women of color. What creates this conflict?

Mavrelis: Middle-class white women learn as children to be nice and not to hurt anybody’s feelings. The people-pleaser white women–who are not necessarily nice–are the ones that are programmed to behave in a way that’s protective of other people’s feelings. African American women are taught to be strong and self-reliant. One of the things you do if you are going to be self-reliant is be more competitive. If they have an issue with someone, they will go [directly] to that person. Before we started looking at corporate diversity, I had a company that was looking at diversity in the schools for 10 years. If you look at the two power groups in sixth grade on the playground, they’re going to be black girls and white boys. So these two groups culturally have a lot in common. Black boys are not in the power group because they’re getting messages to be careful and hold back. If you compare that to white women, the message is: Be nice; it’s not right to compete because if you compete you win and somebody else loses. For white women who believe it’s not nice to compete, the strategy is to avoid or eliminate the competition rather than meet it straight on.

Also these groups’ strategies of getting ahead are different. African American women get all the degrees and go down a checklist of all the things that the establishment could use to not [promote them] and makes sure to cover all the bases. But white women are doing something different. They’re building relationships and using familiarity in the culture. Most of that relationship building is going to be with white men. One group is looking at what, and the other group is looking at whom.

I can’t tell you how many times I’ve heard white folks describe an African American as “unapproachable.â€Â  Part of that description is their own fear, and the other part is that they are looking at African American style through their own expectations of the “white woman smileâ€ which translates as “I’m nice and approachableâ€ (all of this is unconscious). White men try to bond through joking, and white women by sharing personal info–when black women don’t share back, they think they don’t want to “be their friend.â€

For more information about Kochman and Mavrelis’ cultural programs, visit www.kmadiversity.com and their blog, www.talkingculturaldiversity. 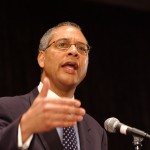 Being of Strong Mind and Body 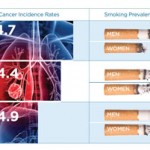 Talking Points: What You Need to Know

FacebookTwitterYoutube
← Being of Strong Mind and Body ← Talking Points: What You Need to Know
×