The Two Black Chefs Heating Things Up in San Francisco 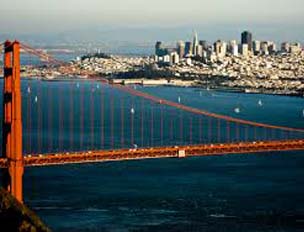 Whether you’re a self-proclaimed foodie or someone who knows a good meal when you eat one, dining out is an experience that many hold in high regard. High-quality food prepared by extremely talented chefs is an outstanding way to tantalize your taste buds or impress someone important. Figuring out where to dine is a decision that shouldn’t be taken lightly. And if you’re in the San Francisco Bay Are there are two restaurants run by black chefs that are sure to whet your appetites.

First, there’s Chef Banks White. Chef White is known for his bold flavors and sophisticated pairings. His food tells stories. Some of his menu items are comforting to the soul and some are meant to wow you and upgrade your palette. A Texas native who found his love for cooking in his grandmother’s kitchen, White has always believed that food should make people happy.

Having cooked on the West Coast in Napa Valley-esque restaurants and the East Coast in swanky upscale eateries, White’s bi-coastal flair covers everything from seafood to steaks and French or American cuisine. A sous chef earlier in his career, he has been the only executive chef of Keystone Restaurant. Inspired by his travels throughout southeast Asia, White created a menu with offerings such as Pad Thai wings and Malaysian curry butters as accompaniments. However, his taste for comfort food is also on the menu with a delicious pot roast and macaroni and cheese. His menu is “edgy millennial food with a comforting vibeâ€ and puts Keystone on the map as a dining destination in the Bay Area.

If you’re into creative and odd pairings that take your taste buds on an adventure, then sampling chef Pierre Tumlin’s food is going to make you lose your mind (in a good way).

As the executive chef of Hogs & Rocks, his menu is unique and filled with clever and delectable brunch and dinner options. Though the menu’s concept may at first be jarring, the food is phenomenal and well-rounded. The restaurant, which debuted its new menu in December 2015, offers brunch items such as D.H.B. (Devils on Horseback), bacon wrapped prunes and a banana rum caramel waffle as well as dinner items such as charred Spanish octopus, steak tartare, mushroom toast, squid ink spaghetti and farms pork.

These two chefs, each with their own unique takes on food, are setting new standards for dining. Their professional backgrounds are speckled with diverse inspirations, technical training, and most importantly and insatiable desire to make great food. Keystone and Hogs & Rocks are approaching food with one major goal: to offer an exquisite experience where delicious food is prepared by talented chefs. These Bay Area restaurants should be added to your dining out bucket-list and be sure to remember the names chef Banks White and chef Pierre Tumlin. You’ll be hearing a lot of great things about them quite often.

Black History Month: Then and Now in Sports