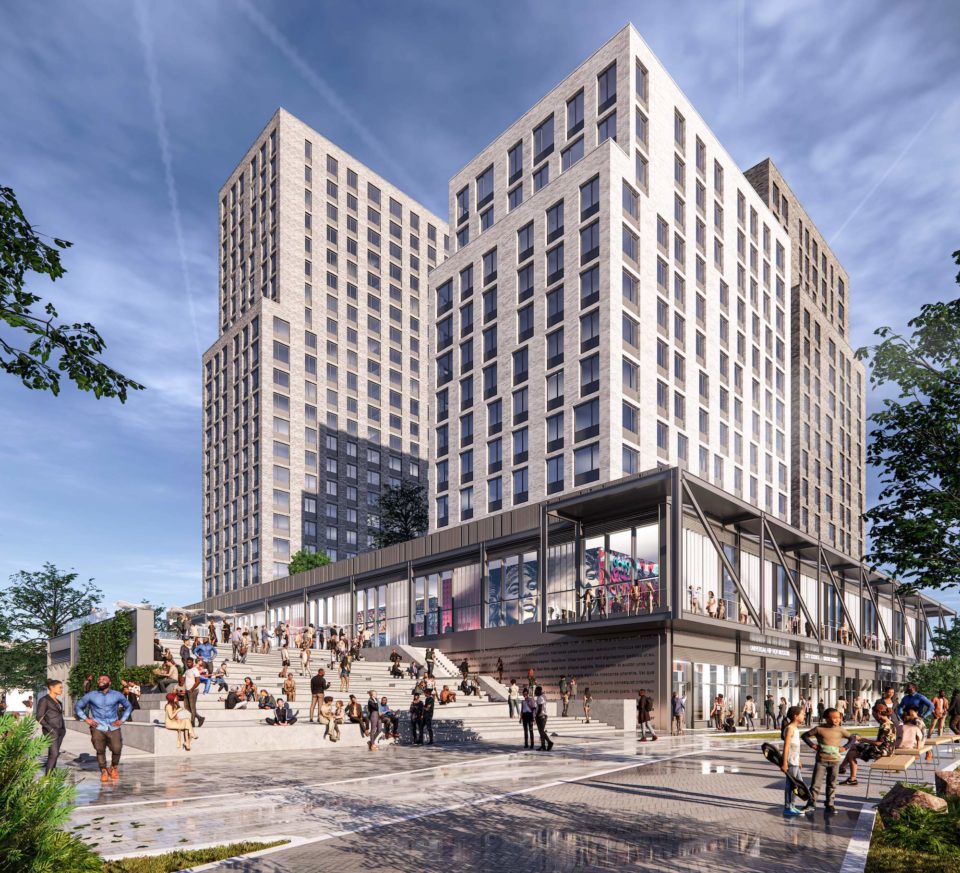 Image via The Chamber Group

The birthplace of hip-hop is getting a museum to honor its roots. Earlier this year, L&M Developments and the City of New York closed on $350 million in private and public capital. The development company will oversee construction on the new Bronx Point project, which includes the development of the Universal Hip Hop Museum. Now, the museum is looking to raise $100 million to begin construction of the actual building and support with the “fit-out,” which is the interior design. New York City officials are looking to use the project to bring more revenue into the area and creating more job opportunities for residents living there.

“Bronx Point will bring much needed affordable housing and community space to the South Bronx, including waterfront access for a community that has for too long been cut off from the Harlem River and a permanent home for the Universal Hip Hop Museum,” said New York City Council Member Diana Ayala in a press statement. “I am thrilled to see this project move forward, and I congratulate L+M Development Partners, Type A Projects, and their partners on this historic day for not only The Bronx but all of New York City.”

Thank you 2 everyone who has supported this project from the start as we have reached a big milestone for Hip Hop. Special shoutout to @s9architecture @lmdevpartners @smithgroup @thehiphoparchitect @nyedc & Ralph Appelbaum Associates who will oversee the project till completion. pic.twitter.com/XNQaFBgPHB

“For years, we’ve wanted a permanent home in The Bronx—the birthplace of hip-hop—and we are proud to be a part of Bronx Point, which will be one of the great new destinations of the borough,” said Kurtis Blow, hip-hop legend and chairman emeritus of the Universal Hip Hop Museum in the statement.

“Hip-hop grew from a seed that was planted at a house party on Sedgwick Avenue into a global movement, and our museum will celebrate that journey and the Bronx’s place in its history. For all those who rose with us and followed in our footsteps: this museum will be for you, forever. We can’t wait to open our doors and welcome visitors from around the borough, the city, and the world to Bronx Point and the new home of hip-hop!”