The Upper Middle Class Looks Out for Itself 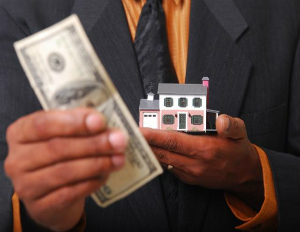 In a provocative post on social mobility, the first in a series, the Brookings Institution recently examined the ways in which the American upper middle class is pulling away from the rest of American society. Titled, The dangerous separation of the American upper middle class,â€ the article, written by Richard Reeves, a Brookings senior fellow in economic studies, explores this phenomenon and the possible implications for the rest of us.

[Related: More than Half of Middle Class Students Not Graduating from College]

The American upper-middle class is not only separating from the rest of American society economically. It is prospering, of course, even as the majority lags behind, but it is pulling away in a range of areas, including family structure, lifestyle, and education, according to the post.Â Each of these “dimensions of advantageâ€ reinforce the others, amplifying the overall beneficial effects of each.

Although the post explores income, marriage and family, and voting and attitudes, we’ll just focus on what was said about the upper-middle class and education.

Education and the upper-middle class.

Conceding that class is not just about money; that education is also important, Reeves notes that higher levels of education tend to be associated with not only “greater occupational prestige and autonomy,â€ but also job security and the quality of one’s job.

The link between education and earnings is strong. Adults in the top income quintile tend to have higher levels of education: 25% of heads of households have a postgraduate degree or a professional qualification; a third have a four-year degree.

From the late 1970s to the mid 2000s, the relationship between education and a high family income has deepened. The writer states that those with high education levels now have an even better chance of earning a high family income. He also promises to examine education more thoroughly in a future memo in the series; it is that important to the upper middle class separation phenomenon.

What this means to you.

After reading the article, I thought of how critical education is to our own success and development and those of our children. More education tends to lead to a higher income. More money tends to greater access–to better schools for our children, better quality healthcare, better housing, and better quality goods and services–which could translate into more social capital and lead to greater political power–the means to influence outcomes and get things done in our communities, schools, and businesses. Education is key, and even underserved students, if effectively taught (see P-TECH: The School That’s Taking Over the World), can ride the educational wave to a better, more secure future.

But the post ends on a somewhat ominous tone. The upper-middle class looks out for its own interests (as when it recently resisted any change to college 529 plans, used by less than 3% of the population and, essentially, a tax break for the upper-middle class), ensuring that its own progeny stays in the fold. That’s OK–except when their protecting of their own interests makes it harder for everyone else.