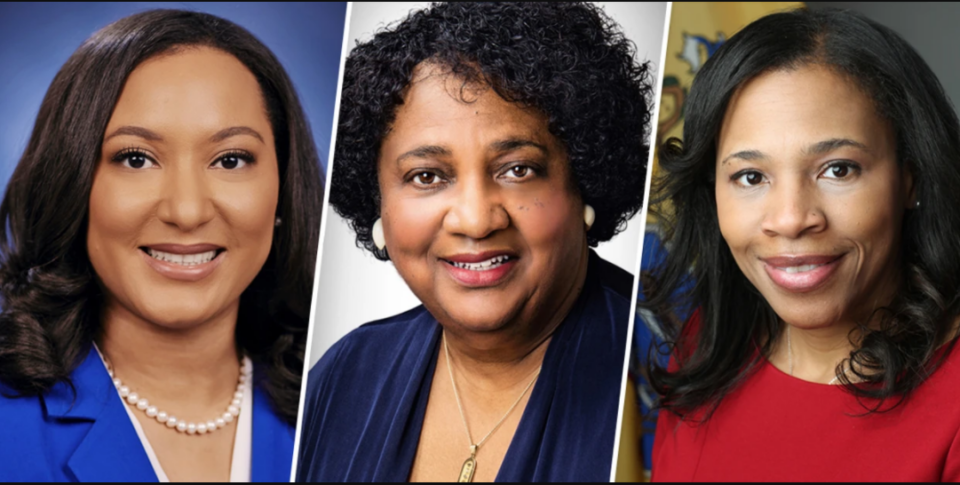 Three secretaries of state will determine the voting access for 37 million Americans in the upcoming midterm elections and all three are Black women.

California Secretary of State Shirley Weber, New Jersey Secretary Leigh Chapman, and Tahesha Way of Pennsylvania hold the posts. The posts have become high-profile positions as Democrats and Republicans fight over election districts and voting access in states across the country.

The three women told NBC News they regularly consult each other as they work toward increasing voter turnout and access and eliminating voter suppression. Way added having multiple Black female secretaries of state is the result of advocates who came before them and refuse to be silent.

A 2013 Supreme Court ruling rescinded a key part of the 1965 voting rights act that enforced voter access in southern states.

Since that ruling, Southern and Republican states chipped away at the ability for Black Americans to vote. After President Joe Biden was elected, 19 states have passed voting restriction laws curbing voter registration, early voting, absentee ballots, and even whether food and drinks can be served to those waiting in line to vote. In Florida, lawmakers passed a bill establishing an election police force.

In Chapman’s state of Pennsylvania, which is considered a battleground state, has seen numerous lawsuits seeking to recount the ballots from the 2020 presidential election. The state finished its redistricting last month and Chapman is working to make sure that all residents have the information they need, including polling locations, hours, and how to vote by mail or in person.

In New Jersey, Way, who has been the secretary of state since 2018, has implemented automatic voter registration, in-person early-voting, online ballot tracking, and drop boxes. Way also overhauled the state’s voting system so it can be done almost completely by mail for the 2020 election. The changes led to the state’s highest election turnout ever and led the nation in youth voter turnout.

Meanwhile, Weber co-authored legislation in 2020 to restore the right to vote for those on probation, on parole, or still in jail. Weber’s plan faced resistance from the state department of corrections to notify those whose rights were restored. That led Weber to create a campaign to inform and enroll thousands of formerly incarcerated residents to vote