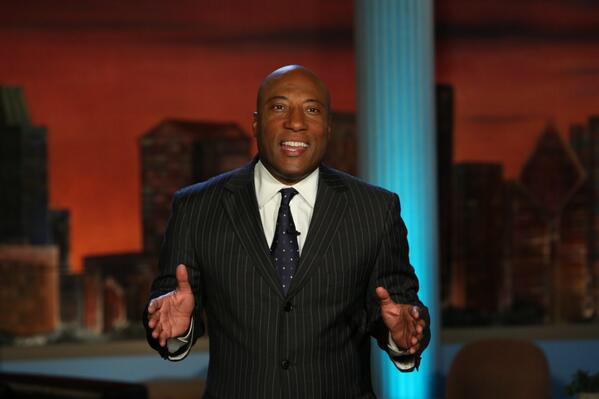 The Weather Channel will host a climate change discussion with the 2020 presidential candidates next month that explores its impact on communities of color.

“As an African American man, hopefully, I’m bringing more attention to climate and environment,” said Bryon Allen, the owner of The Weather Channel, to theGrio. “Because so many African American neighborhoods are in bad environmental places, where it’s causing us to get sick and die earlier than most.”

On Nov. 7, The Weather Channel will air 2020: Race to Save the Planet, a one-hour, primetime special featuring conversations with the network’s meteorologists and nine presidential candidates on climate change and produced in partnership with The Climate Desk, a media consortium.

“As the nation’s only 24-hour science-based news network, we are proud to expand our original programming and address the serious conversations about climate change that are taking place in the 2020 race,” said Nora Zimmett, chief content officer and executive vice president for The Weather Channel television network. “We hope that viewers will take this opportunity to learn more about the significant impact climate change is having on the United States, and hear what presidential candidates plan to do about it.”

“Extreme weather events are increasing due to climate change, and they affect every American in many ways, from our safety to our finances. Spanning from the flooding rains of hurricanes in North Carolina to wildfires in California, with many other events in between and beyond, every voter experiences the effects of weather. We look forward to showing viewers how the presidential candidates aim to address this critical issue,” said Dr. Rick Knabb, The Weather Channel hurricane expert.

Almost a year ago, the comedian-turned-successful businessman filed a $20 billion lawsuit against Comcast in addition to a $10 billion suit against Charter Communications. Now, the case has made its way to the highest court in the land. The Supreme Court is scheduled to hear the case on Nov. 13.