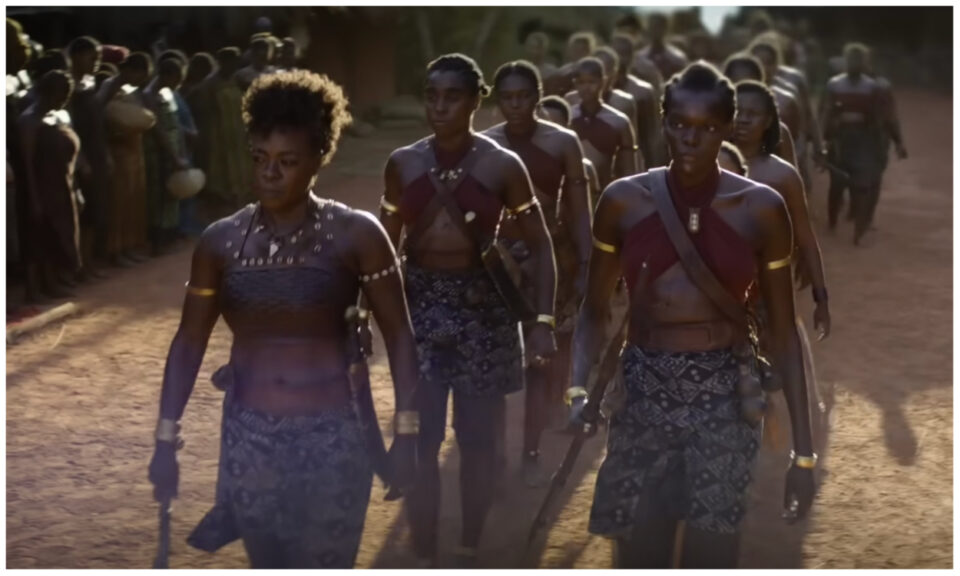 The action film based on the lives of Agojie warriors starring Oscar-winning actress Viola Davis is the top-grossing film at the weekend box office. According to Forbes, The Woman King brought in at least $19 million domestically over the weekend following the premiere on Sept. 16. The film has a nearly all-Black cast and was directed by Gina Prince-Bythewood.

The Woman King also earned an A-plus CinemaScore from audiences and smashed Sony Pictures’ early predictions of $12 million for the opening weekend, earning $6.85 million on Friday (including $1.7 million from Thursday) and $7.15 million on Saturday. The film is expected to top $20 million after Sunday’s sales are tallied.

The Woman King recounts the tale of the Agojie, warriors who fought European colonizers for the Kingdom of Dahomey during the 19th century in West Africa, and Davis called the film, which is also being called “The Black Braveheart,” her “magnum opus.”

“This is my magnum opus,” said Davis on Twitter. “I’ve never had a role like this before, it’s been one of the most transformative experiences of my life. I can’t wait for you to experience #TheWomanKing, now playing exclusively in movie theaters.”

CinemaScore shared the poll on Twitter with a caption congratulating Davis, the cast of The Woman King and Sony Pictures.

“We hit theaters to poll @WomanKingMovie and audiences gave it an A+! Congrats to @violadavis, @SonyPictures, and the rest of the cast and crew! Will you be catching this one? #CinemaScore.”

We hit theaters to poll @WomanKingMovie and audiences gave it an A+! Congrats to @violadavis, @SonyPictures, and the rest of the cast and crew! Will you be catching this one? #CinemaScore pic.twitter.com/Pqnwyr84gH

The script was written by Dana Stevens and based on a story by actress Maria Bello. The Woman King reportedly cost $50 million to produce and also stars Sheila Atim, Lashana Lynch, John Boyega and Thuso Mbedu.