The World's 30 Unfriendliest Cities in the World 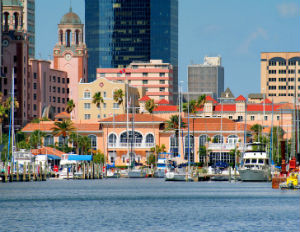 In a recent survey, Travel + Leisure asked readers to rank 266 cities on “everything from their access to art and culture to the friendliness of their people.” While Moscow, Russia, landed at the bottom of T&L’s unfriendliest list, purportedly for its “notoriously bad traffic and general aloofness,â€ St. Petersburg, Florida, scored the highest on the list for its lackluster city and cultural experiences. Here’s a snapshot of the list which includes some of the responses from T&L readers.

Shanghai, China
Score: 75.706
T+L Reader Feedback: Many travelers found Shanghai to be a bit crowded and overwhelming. “People stayed to themselves,â€ noted one reader. Spend some quiet time at the new Power Station of Art museum, or the Rockbund Art Museum.

Buenos Aires, Argentina
Score: 75.470
T+L Reader Feedback: In this year’s survey, many repeat visitors to Argentina’s capital sadly noted a decline in the atmosphere. Buenos Aires’ nightlife continues to wow, but crime and crumbling infrastructure made many uneasy.

T+L Reader Feedback: “Be extremely careful that tour guides do not take advantage of you,â€ warned one reader. Others thought people seemed self-absorbed.

Marrakesh, Morocco
Score: 74.795
T+L Reader Feedback: It’s also known for being difficult to navigate as a tourist. “If [you] even raise your camera, [people] are on you like flies, wanting money.â€ While its gardens and riads enchant, hassling vendors can be exhausting.

Nice, France
Score: 74.407
T+L Reader Feedback: “The people were not friendly at all,â€ remarked one unhappy traveler. “I would not pay to go back.â€ If this French city is on your can’t-miss list, consider a stop in Ãˆze, a medieval clifftop village located halfway to Monaco, or St. Paul de Vence; a hilltop village that has long enchanted artists.

Cincinnati, Ohio
Score: 73.492
T+L Reader Feedback: “I arrived in Cincinnati on a weekend,â€ said an anonymous voter, “and I thought it was closed.â€