The World's Youngest Billionaire Is a 9-Year-Old Black Boy Who Goes By Mompha Jr. 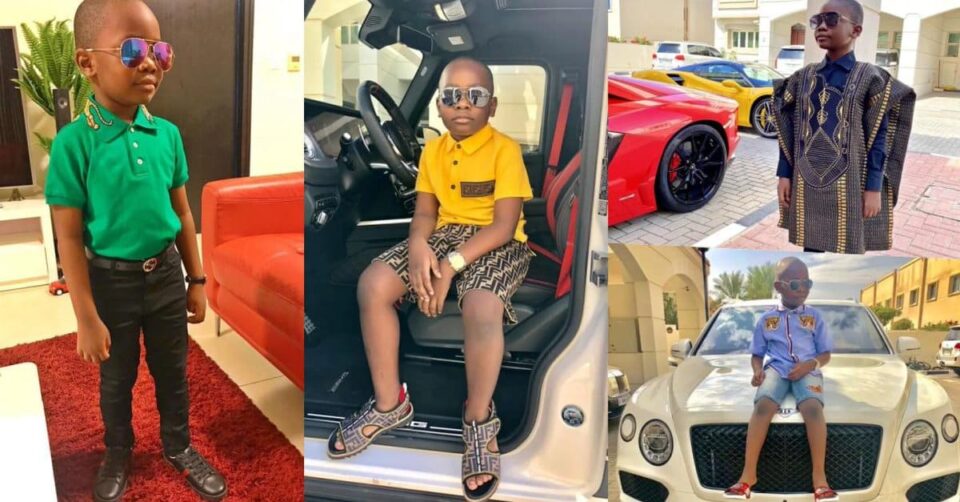 Mompha Jr.’s Instagram account is littered with photos of him in or around expensive cars, private jets, and luxury clothing. He thanks his father for his lavish lifestyle in many of his posts.

According to The Mirror, Muhammed Awal Mustapha, who goes by Mompha Jr., is the world’s youngest billionaire. The outlet claims Mompha Jr.’s father, Ismailia Mustapha, bought his son a mansion for his sixth birthday in 2019.

“Owning your own home is one of the best feelings ever. It can’t be described in words, it can’t be quantified in money,” Mustapha wrote in an Instagram post on his son’s birthday, according to the Daily Mail.

“Homeownership is a feeling that makes life’s daily grind worth facing. It reassures you that after all the ups and downs, you have a place to go to… A place that will never judge you and always invite you with open arms.

“Congrats my son on your new home. Your birthday gift from Daddy.”

In one Instagram post, Mompha Jr. and his little sister Fatima are draped in Versace clothing from head to toe, while another image shows the boy enjoying a lavish lunch on a private plane.

However, things do not seem to be what they appear.

The Mirror reports the boy’s father, who owns homes in Dubai, Lagos, and the UAE, was arrested earlier this month and accused of using his company, Ismalob Global Investment Limited, to defraud people of more than $79 million.

He is currently awaiting trial for cybercrimes and money laundering on a $468,000 bond. The court also ordered Mustapha to remain in the custody of the correctional center of his choice in Lagos, and he was forced to submit his international passport.

There is no shortage of African billionaires, including the world’s richest Black men, Aliko Dangote, Patrice Motsepe, and Johann Rupert.