There Is Now A National Surplus of Chicken Wings 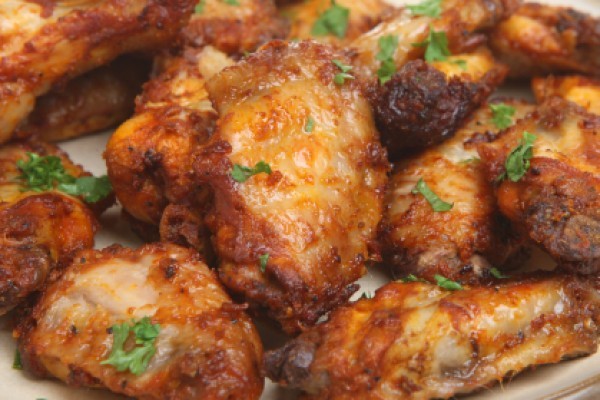 Due to the effects of the coronavirus pandemic, with the cancellation of sports events, specifically the NCAA basketball tournament, March Madness, there is a serious surplus of chicken wings in the United States according to Yahoo Sports.

Chicken wings are now being sold for a little over $1 per pound according to the Washington Post, which is nearly half of what they were going for around the Super Bowl. There were nearly 1.25 million pounds of chicken wings sold the same week that the NCAA tournament was slated to start last month, per the report.

“The basketball, it’s for real,” said Erik Oosterwijk, president of Fells Point Wholesale Meats in Baltimore, via the Washington Post. “The basketball didn’t happen. People are not going to restaurants and there’s a lot of excess.”

And adding to the chicken wing surplus is the shutting down of some chicken franchises like Buffalo Wild Wings, Hooters and Wingstop, to name a few. These and most restaurants are either completely closed is only available for delivery orders and takeout only.

“Those are millions of pounds of wings that people don’t eat,” Oosterwijk told the Washington Post. “And if [coronavirus] happened in January and February, it would have been the Super Bowl that got hit. There’s no doubt there’s a lot of food out there today.”

Chicken wing producers have been experimenting with a few different options to try to deal with the surplus in recent weeks. Some have thought about closing some processing and packaging plants, restricting the number of chicken eggs allowed to hatch, and also trying to limit the chickens’ food supply so that they grow at a much slower pace. Suppliers have been trying to divert food from restaurants to grocers, too, or even freezing wings in a hope that the market bounces back soon.

“The major wing chains that should be hot this time of year are closed,” said Will Sawyer, an animal protein economist at CoBank said. “The food service side of things, they probably still have wings they bought weeks ago getting ready for March Madness and for people to come watch the games, but they’re not selling them.”