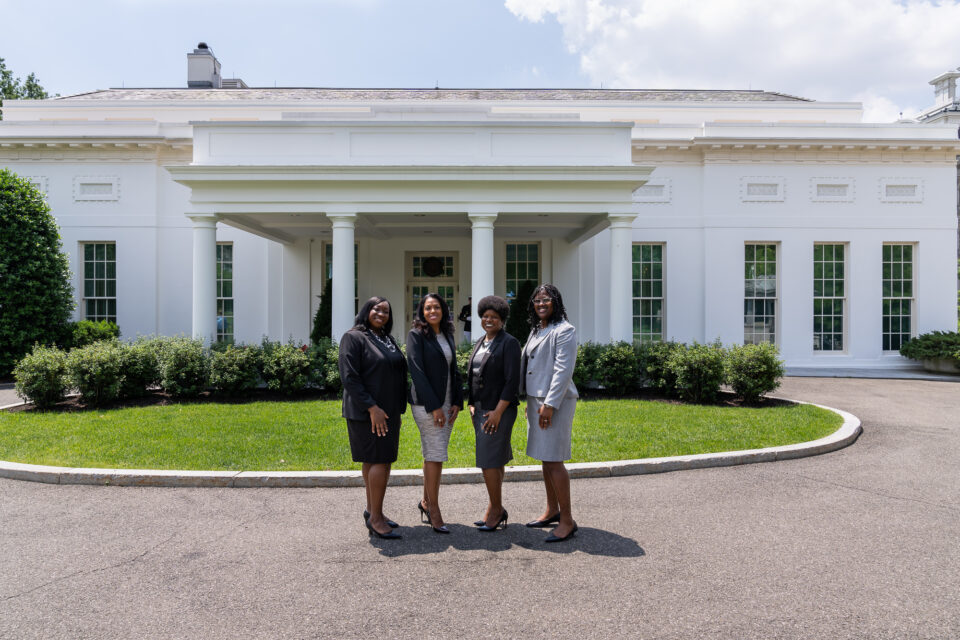 Used with permission by Whitehouse.gov

However, behind the scenes, Jackson had a group of Black female attorneys in the Biden Administration helping her reach that milestone. Essence reports Tona Boyd, Funmi Olorunnipa Badejo and Jaimie McFarlin and Danielle Conley had integral roles in Jackson’s confirmation and spoke of the pride and joy they felt in watching her be confirmed as the first Black Supreme Court Justice.

Boyd, who serves as special counsel to President Joe Biden took it a step further.

“As a Black woman attorney, it was the honor of my career to help work to get Judge Jackson confirmed to the Supreme Court,” Boyd said. “Each of us held our heads a little bit higher knowing that Judge Jackson is going to be put forward.”

Jackson, a Harvard University and Harvard Law School graduate, was confirmed by the Senate in April by history by a 53-47 vote. All 50 members of the Senate Democratic Caucus voted in favor of Jackson, as well as Republicans Sens. Susan Collins (R-ME), Mitt Romney (R-UT), and Lisa Murkowski (R-AK). Despite being confirmed in April, Jackson wasn’t sworn in until June as Justice Stephen Breyer finished out the last days of his term.

Funmi Badejo, the former Associate Counsel to President Biden told Essence she is excited at the prospect of young Black girls seeing someone that looks like them at the highest levels of government and knows they too can make it there.

Jaimie McFarlin, the Associate Counsel to the President said she was excited to celebrate Jackson’s confirmation with her family, especially on social media, adding that her aunt’s Twitter feed would be full of posts celebrating the first Black Supreme Court Justice.