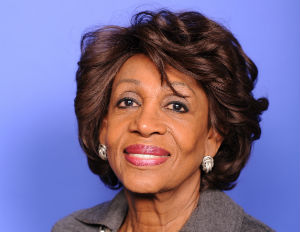 Leading Democratic lawmakers sent a letter to the Securities and Exchange Commission, urging the agency to speed up the review of a proposal requiring companies to provide more specific details about the diversity of their corporate boards. The proposal, submitted nearly a year ago, encourages the SEC to require companies to disclose board nominees’ gender, racial, and ethnic diversity.

[Related: Women of Power: Strategies from the C-Suite]

“While we applaud your decision to have SEC staff review OPERS’ petition, we are disappointed with the amount of time the SEC is taking to examine and seek public comment on this important and widely supported proposal,â€ the lawmakers wrote in their letter to White House.

The SEC adopted a rule change in 2009 that required publicly-traded companies to disclose more information on director selection and diversity — a rule that has limitations. In their letter, the lawmakers note that companies now take a variety of approaches to disclosing board nominees’ qualifications and skills. Based on the fact Â that the rule doesn’t define diversity, shareholders and investors find difficulty making informed decisions when voting for directors.

“Investment advisors, shareholders, policymakers, and other stakeholders have been telling the SEC and others for decades now that the diversity characteristics of board nominees and directors is information they need to make informed investment and voting decisions. Similarly, stakeholders have been explaining for decades that enhanced diversity disclosures may promote socio-demographic diversity on corporate boards, which in turn may promote better business strategy and corporate results,â€ the lawmakers added.

The rulemaking petition encourages the SEC to require companies to indicate in a chart or matrix, the qualifications, skills, and racial and gender composition of their board nominees.

Women, who make up half the American workforce, hold just 16% of seats on corporate boards, and it could be decades before the gender gap in boardrooms closes, according to a recent Government Accountability Office report. The report, which Rep. Maloney requested in May 2014, found that it may take 40 years or more to reach a 50-50 gender balance on corporate boards.

A signed copy of the letter can be found online here.