They're Back! All Six New Edition Group Members Headed on Tour, Now With New Management 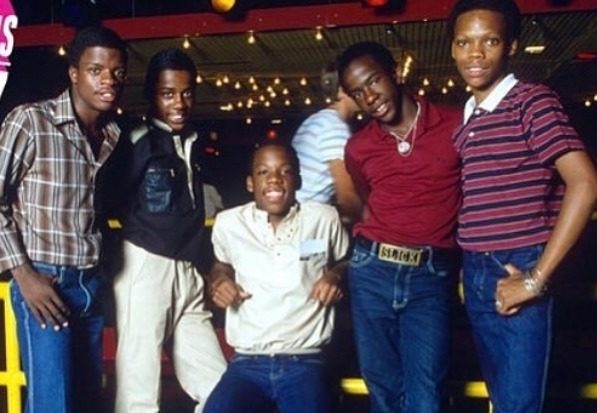 Ronnie, Bobby, Ricky and Mike and Ralph and Johnny are back together again and the legendary New Edition group will be hitting the road for an epic tour, according to a press release.

Yes there have been a lot of bumps in the road for the legendary R&B group New Edition, but it seems they are starting anew and will be represented by Creative Artists Agency (CAA) for starters.

New Edition will be represented by CAA for tours, “theatre, literature, TV/Film, production, and composing,” the statement also read. Members of the popular musical group which began to rise in popularity in the 1980’s experienced a great deal of transition, from solo careers to rifts, but now they returned to the music circuit together.

Per, MSN’s 2020 report, Tresvant opened up to give his perspective about “his hiatus from one of the most successful R&B groups of the 80s and 90s, which led to his successful career as a solo artist.”

Tresvant—who was the lead singer of New Edition, was featured in producer Issac Taylor’s docuseries  which reflects “on their greatest success stories and open up about their most difficult moments” of “legendary artists.” The episode was shown on a streaming service which was also available through Amazon Prime video.

New Edition officially broke up for the second time in 1996, when songs such as “Candy Girl,” “Mr. Telephone Man,” “If It Isn’t Love” and “Can You Stand the Rain,” were released. Thereafter, Tresvant pursued his own music career.

In 2020, TV One  provided tidbits about the contents of the docuseries and how it links to Tresvant “questioning if he should’ve pursued other opportunities.”

The group’s life story was turned into a BET miniseries called “The New Edition Story.”  It was well received and “sparked a surge in the group’s popularity.”

Billboard said that New Edition was the recipient of a BET Lifetime Achievement Award in 2017.

Now they will reportedly tour the U.S. arena next year, along with a residency in Las Vegas.