'They're Happy and In Love': Sources Say TJ Holmes, Amy Robach To Wed After Divorces Settle 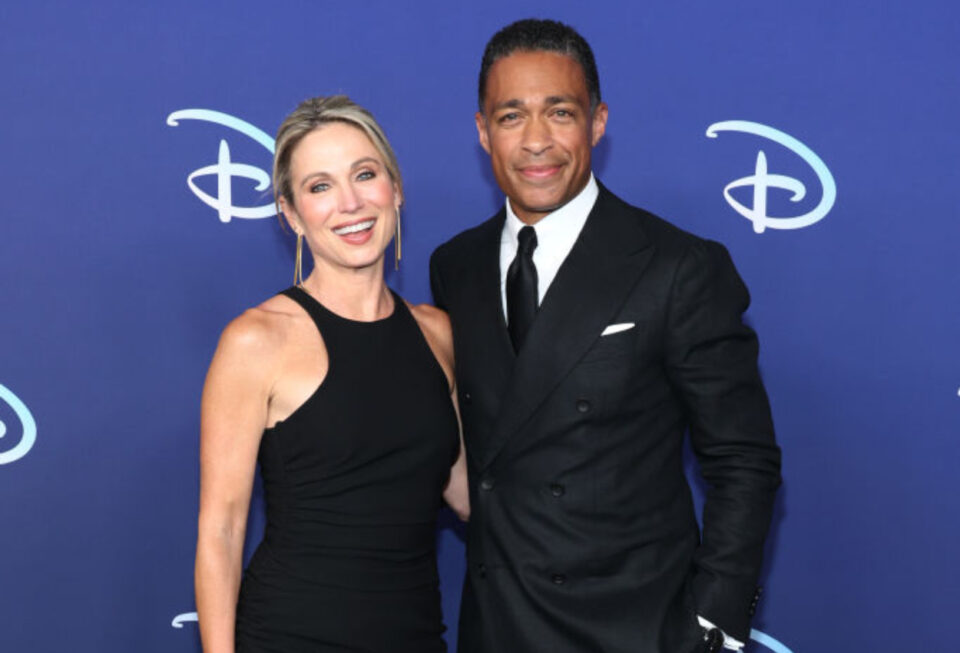 Good Morning America co-hosts and lovers T.J. Holmes and Amy Robach are planning to go the extra mile in the name of love.

According to RadarOnline, sources say that the couple is looking forward to exchanging wedding vows after the dust settles in court with their exes.

Last month, BLACK ENTERPRISE reported that Holmes officially filed for a divorce from his second wife of almost 13 years, Marilee Fiebig. The news came after Holmes and Robach both separated from their respective spouses in August.

Robach is almost officially divorced from Melrose Place actor Andrew Shue, according to a source, and is supportive of her new beau as he hashes out his settlement.

“She wants him free so they can get married and prove to everyone how serious their relationship is,” the insider said.

After keeping their relationship a secret for months, the source added, “they’re relieved it’s all out in the open now.”

Since Holmes’ filing, he and Robach have gone public and were spotted in Miami during a romantic stroll on the pier.

“They’re happy and in love,” another source said.

For Robach, who is reportedly worth $50 million, money won’t be the issue that stands in the way of her relationship with Holmes. A source confirmed that she is even willing to support Holmes financially if he loses his fortune at the end of his divorce settlement.

“Amy and T.J.’s attitude is to hell with anyone who stands in their way,” the source continued.

However, the battle continues as the GM3 co-hosts gear up for a possible lawsuit against ABC. The couple reportedly plans to sue the company in light of their suspension after information about their relationship was made public, according to a recent story by BLACK ENTERPRISE.

It has been weeks since the pair were taken off air pending investigation of any company policy violations.