Thinking About Snapping Up Snap Stock? You May Want to Think Again... 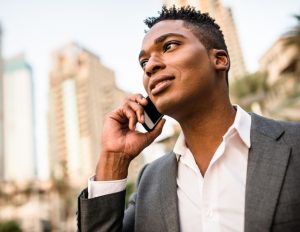 Snap, the company that makes Snapchat, is now aÂ publicly traded company on the stock market. Its stock price opened at $24 a share, even higher than analysts’ estimates of $14—$18, depending on which analysisÂ you read.

It’s tempting to want to get in on all this cash. Snap’s valuation is directly proportional to its hype; it’s valued at $25 billion. And the Snapchat user base is huge; boasting an estimated 37 million monthly active users in the United States, alone. And as of May 2016, Snapchat generated 10 billion mobile video views per day.

Snap seems like the stock to purchase right now. But is it?

The analysts over at Seeking Alpha, seem to disagree. They have a litany of reasons for why they are passing on Snap stock:

The analysts there make the excellent point that Snap is not a company that creates tech, rather, it leverages tech to make a social media platform. Although Snap is now positioning itself as a camera company–it has never made a camera. It released Snap Spectacles, sunglasses that can take photos and video. However, that product hardly places Snap in league with Nikon.

Then there are the inevitable comparisons with Twitter and the microblogging service’s struggle to monetize. According to an assessment from Recode,Â which compares the two: “Their revenue totals and number of employees are roughly the same. Neither company is profitable. And both companies have modest user bases, at least compared to Facebook.â€

So yes, it’s always worth considering purchasing shares in a tech startup that goes IPO. However, in Snap’s case, you may want to wait until another startup does.