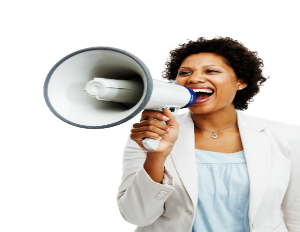 The recent NY Mag piece on Silicon Valley’s latest sexual harassment scandal offers one salacious detail after another.The most jaw-dropping aspect in this instance? Women are accusing a female CEO of harassment.

The executive at the center of the allegation is Miki Agrawal, a serial entrepreneur, and former investment banker. Agrawal became the latest business media darling with her company Thinx–which makes Thinx menstruation underwear. The period-proof panties are made from patented material that absorbs blood and prevents leakage.

The reusable underwear excited the business community. In an interview with Forbes, Agrawal would not disclose exact amounts but she said the company raised funding in the “multiple millions.â€ She formed partnerships in developing countries such as the one with AFRIPads in Uganda, which provides affordable, reusable menstrual hygiene products. Agrawal became an entrepreneurial success story and received the Tribeca Film Festival’s “Disruptive Innovation Awardâ€ and was named to 2013’s Forbes‘ “Top 20 Millienials On a Missionâ€ list.

The CEO was never shy about being unconventional. She told NY Mag, “I just love the taboo space.â€

We had no idea how taboo. A former employee filed a complaint against her ex-boss alleging some really outrageous behavior that ranges from comical to downright creepy.

The filing alleges “Agrawal also touched an employee’s breasts and asked her to expose them, routinely changed clothes in front of employees, and conducted meetings via video conference while in bed, apparently unclothed…â€

The allegations go on to state that the chatty CEO freely discussed her sexual proclivities with her employees and felt free to walk around naked among them, quite often.

Along with this sort of behavior that would land a male CEO in a courtroom so fast, his lawyers would barely have time to prepare their defense, are depictions of other alleged boorish behavior that matches the antics of any maturity-challenged male Silicon Valley CEO.

Agrawal is accused of vicious fat-shaming in the office when she threatened to make company snacks all fruit-only because employees were getting too heavy, and that she would not make Thinx in larger sizes because “anyone larger than a 3X ought to go to the gym and lose weight.â€

She also engaged in more conventional “my-boss-is-a-jerkâ€ behaviors such as implementing an insanely expensive employee-funded health insurance; reducing vacation days; forcing an employee to give her their email password; and firing those who spoke up against her.

Of course, Agrawal denied the allegations to NY Mag,Â and in a postÂ published via Medium, she expatiated:

“It’s SO easy to find fault and complain about what people didn’t get and the things I lacked and I certainly admit wholeheartedly that I don’t have it all. No question. And yes, you can make a bulleted list of every misstep I’ve ever made (go for it), but what I am calling all of this is an opportunity to learn and grow.”

Sure, the allegations may not be true, or partially true and exaggerated. But, there are other red flags that indicate Agrawal is–at best–so self-absorbed to the point of being completely unaware, or–at worst–she is just, well, kind of a jerk. She refers to herself as “SHE-E-O” in lieu of “CEO” (OK, maybe that’s more annoying rather than jerky). She said in an interview that her custom made dreamcatcher hanging above her bed was made from a 200-year old silk kimono with her aura woven into the fabric. My god–the woman even got fake married to her partner at Burning Man. It doesn’t get any more techie obnoxious than that!

Lending more weight to the jerk scale is the fact that she named herself CEO, CMO, and Chief Creative Officer of Thinx. “No one can represent the company better than me,” she told Business Insider. That’s a level of self-assured smug confidence that often pairs with narcissism.

There’s been a lot of surprise expressed by co-workers and women I know in tech, when they learn of the allegations made against the Thinx CEO. I’m not quite sure why. Maybe because she’s a woman of color: she’s half-Japanese and half-Indian, and we expect more dignity from her. Or perhaps her behavior is surprising, when you learn she’s pushing 40 and is actually not an ingÃ©nue who was swigging jello shots on a college campus just three years before she landed her first Series A funding.

In truth, Agrawal’s behavior perfectly aligns with that of many other Silicon Valley CEOs– bratty, entitled, immature, and inappropriate–all characteristics that undoubtedly helped her quickly gain success in her business ventures. Plus, Thinx is an innovative product.

Maybe when more women are alleged to be jerk tech bosses, then we will know the digital divide–at least, when it comes to gender–has narrowed just a bit more. 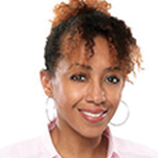 Samara Lynn is a tech editor at Black Enterprise magazine. She has over a decade’s experience in technology journalism, covering smart home and wireless technology; startups; business tech and more. She has also written for PC Magazine, The Wirecutter, CRN Tech and has appeared as a technology commentator on Fox Business News, National Business Report, and Reuters TV. She is the author of “Windows Server 2012: Up and Running.â€ “Tech 100â€ is her column focusing on technology and its relation to politics, social issues, and more.