This 91-Year Old Police Officer From Arkansas Refuses to Retire 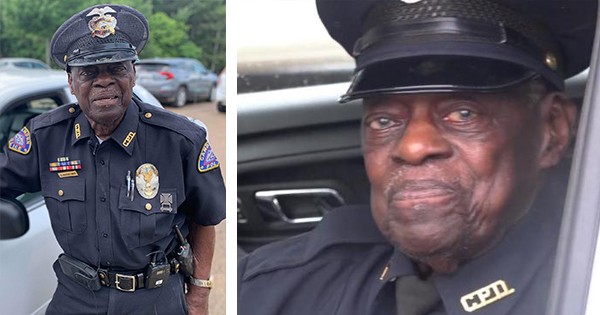 LC “Buckshot” Smith, a 91-year old African American police officer who has been working in law enforcement for over 56 years, continues to serve his community in Camden, Arkansas. He is one of the oldest police officers in the U.S. and he says he doesn’t want to retire just yet.

Ten years ago, Smith tried to retire from being a sheriff deputy. But he immediately missed the work so he returned after a few months. Now, he says he will only retire “when the good lord says so,” according to CNN.

Smith decided to join the police force in the 1960s with the passion and excitement of being a police officer. Since then, he had been well-loved in the small town where everyone knows him and greets him when they see him.

Over the years, Smith had served as a court bailiff, a responder, and assured the security of the neighborhood as well as the annual festivals and events in Camden, among others.

Smith goes to work 4 days a week. When he isn’t at work, he is either spending time with his lady friend or attending church services.