This Athlete Became a Mom in College, And Still Lived Her Dreams of Competing in Olympic Trials 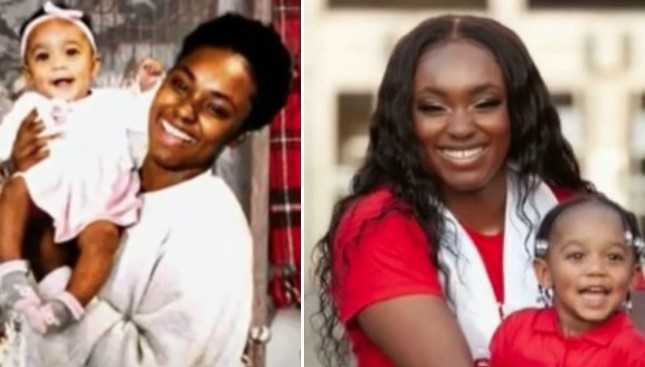 Student athlete Mikaila Martin became a mom at 21-years-old but that didn’t stop her from living her dreams as a collegiate track and field star. It became her motivation.

Martin, who’s now a 24-year-old graduate student, competed in the U.S. Olympic track and field trials. The event was held on Thursday in Eugene, Oregon. Among her team of supporters was her 3-year-old daughter, Camryn, cheering her on to the finish line.

“It was moments when I thought I was not going to make it,” Martin shared in a video uploaded by KPRC 2′s sports reporter Vanessa Richardson. “Who can juggle a child, track, and school at the same time? But I think I made it work pretty well. I want to be an example for my child in the future. I want her to see that even though I was pregnant, I still did it’.”

How this Student and Mom Became a Top Track Athlete

Martin was enjoying a standout track and field season at the University of Houston when she discovered she was pregnant. She initially thought that her pregnancy meant the end of her collegiate career. However, watching tennis star Serena Williams continue her dreams after having a baby kept her motivated.

“I was a junior in college when I gave birth and was on a scholarship for athletics,” Martin shared with Good Morning America. “A part of me was worried about it.”

At 21-years-old, Martin paused her athletic career to take care of her child. But after one season away from the game, she was ready to get back on the field and dominate. With the help of her family and coaches, Martin was able to attend school, participate in track training, and work a job. Although the pandemic posed a greater challenge, Martin still managed to be productive.

“I would find a nearby park and let her play and then put her in the wagon while I did some training,” said Martin. “During the pandemic, it was really, really a struggle.”

Martin’s created a paper schedule that has allowed her to map her time and maximize different aspects of her life. She wakes up at 6am, takes her daughter to camp, and then conquers a full day of track and school. Although Martin’s schedule is very demanding, her hard work has paid off.

Earlier this month, Martin finished 12th in the Hammer Throw at the NCAA outdoor track and field championships. That was her ticket to compete in the U.S. Olympic Trials. She became the first woman from the University of Houston to earn All-American honors in the Hammer Throw, according to Good Morning America.

Martin is on track to graduate in May 2022. She’s currently pursuing a graduate degree in human resources. After graduation, she plans to go pro. One of the best parts of Martin’s journey is that she doesn’t have to make it to the finish line on her own.

Will Blackburn is an Associate Head Coach for the University of Houston Cougar Track & Field program. He’s supported Martin’s work ever since she’s stepped onto the college field.

“When we found out she was pregnant, on our side, nothing changed,” Good Morning America reported. “We thought, ‘Let’s go on, let’s go after your goals and aspirations.'”

We’re extremely proud of everything that Mikaila Martin has accomplished in her time at UH and can’t wait to see what is in store for her!#HTownSpeedCity pic.twitter.com/tJtqSr5e3l

“In the beginning, I thought, I’m not the same athlete I used to be,” says Martin. “But I learned to work with my body. Once I did that, that’s when things started to come into play. And you really are more focused as a mom. Before Camryn, I used to be so nervous at track meets. I would shake. Now, I’m so in the zone and focused and I never used to feel like that.”