This Black Male Entrepreneur Is Launching His Own Brand Of Cereal

Most kids like to enjoy a bowl of cereal in the morning for breakfast. For one Black male entrepreneur, his love of the treat inspired him to develop his own brand of cereal dedicated to offering more representation of Black culture for youth.

Connecticut-based Nic King is the owner of Proud Puff Cereal, a vegan-friendly cereal featuring characters representing various aspects of African American culture. He came up with the idea in the middle of the night and said the idea behind the box design was to offer a positive representation of a Black family and household with his characters.

“I was sitting up in my bed and pulled out my phone and started scrolling in my phone seeing all these scenes from Minneapolis. And seeing a lot of companies talking about their initiatives involving Black creatives and going forward to help out the Black community,” King said in an interview with The Darien (CT) Times.

“The whole box has meaning, from the characters to a two-parent Black household, to the positive affirmations on the back of the box, as well as the facts on the side about iconic Black legends that helped shape our culture”

King revealed on his Instagram page that he has already received 1,000 pre-orders for his cereal and shared the company’s progress toward mass production. This brings the total to 4,000 since the new year began. He explained that he is looking for a larger crowdfunding platform to raise funds to grow his products and capital to produce large quantities for customers.

“In today’s climate, I believe a product like this is so important. We’ve been dealing with blatant racism, why Black Lives Matter Too, Diversity Inclusion, Systemic racism and so much more,” King writes on his website. “This cereal isn’t only for black people but rather it is a cereal owned by a black man. This is a cereal any and all families can enjoy as they start their morning on a journey to having a great day.” 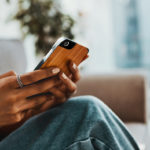 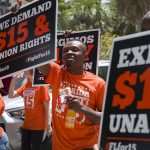